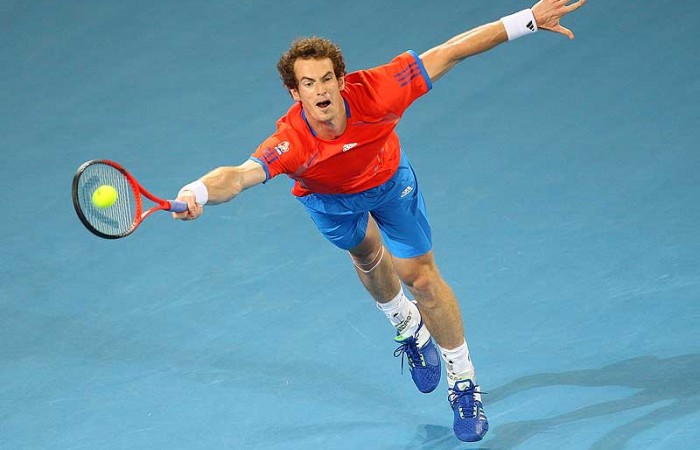 It was almost a carbon copy of his first-round win over world No.91 Mikhail Kukushkin, again appearing in discomfort and frustrated as he lost the first set to Muller before storming back late in the second.

Murray paid credit to the world No.54’s big serve but admitted he was far off his best fitness after ending 2011 early with a groin problem.

While last year’s Australian Open runner-up felt his body was gradually improving, Murray didn’t expect to be at his peak until the opening round at Melbourne Park.

“The more matches I can get this week the better so it’s been a good start.”

He said it was only when he was down a break point to go down 5-3 in the second set that the adrenaline started to flow and helped him click into gear.

Murray rallied, sent the set to a tiebreak, took control with an amazing reverse backhand flick on the run and then swept through the third set.

“They’re the sort of points I need to be repeating over and over,” he said.

“That point was a big one and it gave me more confidence in movement and I didn’t feel any soreness and stiffness and I felt I loosened up a little bit after that.”