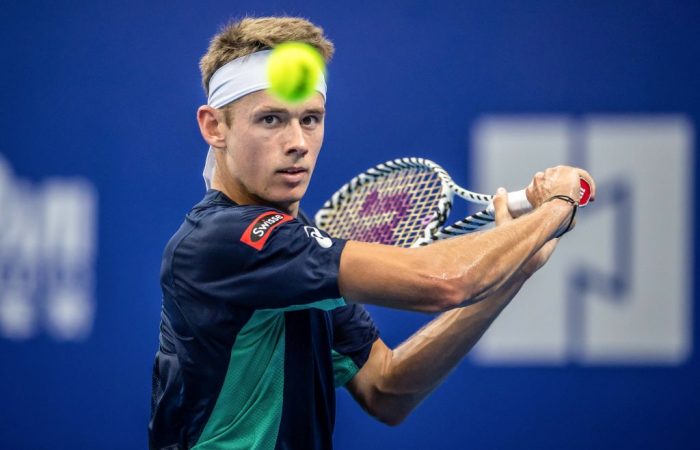 Australia’s Alex de Minaur has reached the quarterfinals at the Zhuhai Championships after knocking out Andy Murray in the last 16.

The 32-year-old Scot had been hoping on Thursday to follow up his victory over American Tennys Sandgren, his first ATP Tour singles win since January, with another success which would take him through to last eight.

But despite taking the opening set, and putting up a late fight against the seventh seed, Murray eventually fell 4-6 6-2 6-4 in a contest which lasted two hours and 42 minutes.

De Minaur will take on fourth seed Borna Coric, who saw off Wu Di of China 6-3 6-3, in the quarterfinals.

It marks a sixth quarterfinal at ATP level this year for the Sydneysider, who has claimed ATP titles in Sydney and Atlanta.

Victory over Murray builds on stunning momentum from the US Open, where De Minaur secured his first top-10 win over Kei Nishikori to progress to the second week of a Grand Slam for the first time in his career.