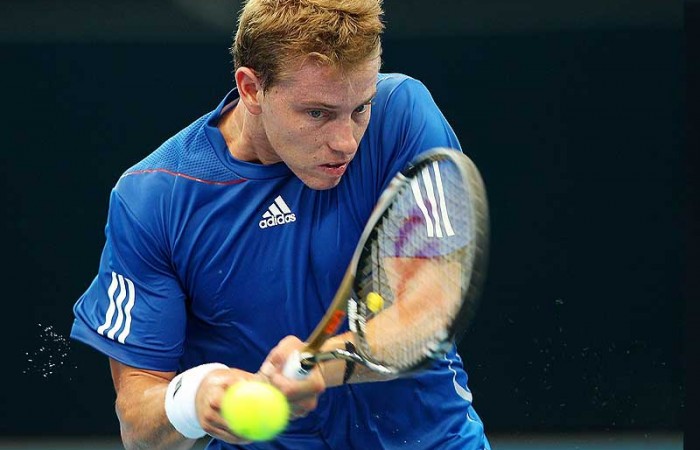 Gilles, who is ranked 12th in the world, took 89 minutes to send the 19-year-old wildcard entrant home with a commendable 6-3 7-5 second-round Brisbane International loss on Wednesday.

Duckworth’s ranking will creep from 275 into the 250s following his first ATP tour event.

It will undoubtedly move in a northerly direction again at the Australian Open on the back of another wildcard entry.

“He has a strange game,” Gilles said at the post-match media conference.

“I think he can play very good tennis, but he’s not consistent at the moment and he’s very already hard to beat.

“When he gets better and more consistent, he will be a very good player.”

Duckworth won plaudits for his straight-sets first-round win over Frenchman Nicolas Mahut and will no doubt be one to watch for the future.

Not just on the back of his performance against Simon but also the praise he earned from his contemporaries.

His early exit means he he has a couple of days to make it to qualifying matches for the Sydney International.

“It’s my first ever main draw tour event and the highest-ranked player I had ever played before was 130,” Duckworth said.

“I’ll draw a lot of confidence from that and hope it holds me in good stead for the rest of the summer.”

The teenager fought hard in the second set to level the scores after dropping serve early.

But at 5-5, his luck ran out when a Simon backhand clipped the net and landed safely and well short of the Sydneysider.

The break was enough for the second seed to quickly close out the match.

Duckworth was annoyed for not at least pushing the game into a deciding set, but he is wiser for the experience as are his opponents for playing him.

“I still have a bit of work to do to get where Gilles is,” Duckworth said.

“I had a few chances and probably missed too many approach shots which cost me.”