Quick win for Clijsters in Brisbane

Defending Australian Open champion Kim Clijsters has begun her 2012 summer Down Under with a straight sets win. 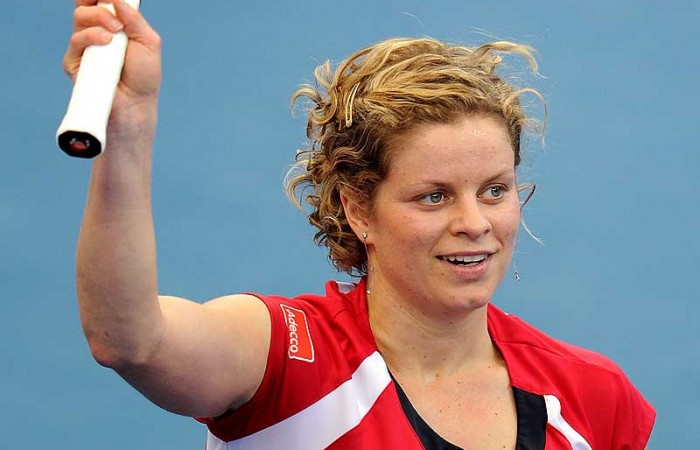 Defending Australian Open champion Kim Clijsters has begun her 2012 summer Down Under with a straight sets win over Romanian Simona Halep at the Brisbane International.

Fifth-seeded Clijsters breezed past the world No.47 with an impressive 6-1 6-4 first-round victory in 63 minutes in Pat Rafter Arena.

The Belgian, who is unbeaten in Brisbane after taking out the 2010 tournament, set up a likely second-round blockbuster against fellow former world No.1 Ana Ivanovic, who opens her campaign on Monday against Austrian Tamira Paszek.

Italian third seed Francesca Schiavone also progressed to the second round but only after Kazakhstan’s Ksenia Pervak retired with a headache in a deadlocked first set.

Czech left-hander Iveta Benesova is lying in wait for top seed Sam Stosur in the second round after she upset compatriot Lucie Safarova 2-6 7-5 7-5.

While Australian wildcard Casey Dellacqua fell 6-4 6-2 to Serb Bojana Jovanovski, there has been some joy for local fans with Sydney teenager James Duckworth producing an ATP debut to remember by upsetting Frenchman Nicholas Mahut.

Given the last wildcard for the tournament, Duckworth made the most of his opportunity with a 6-4 6-4 triumph over the world No.80.