Gajdosova to defend her Hobart title

Australia’s No.2 ranked female tennis player Jarmila Gajdosova will be back to defend her title at Moorilla Hobart International in 2012. 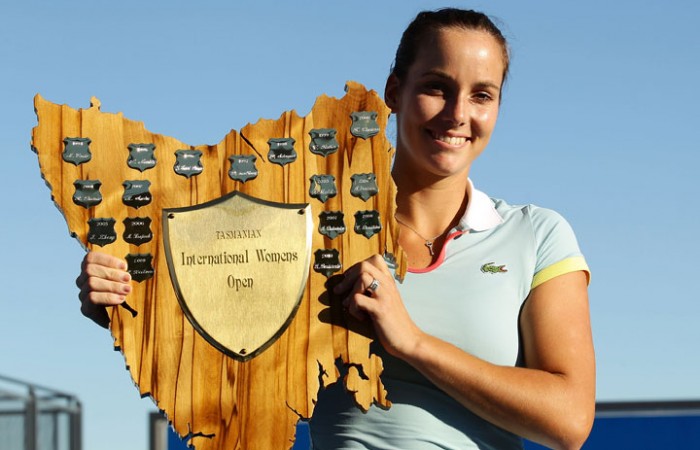 Australia’s No.2 ranked female tennis player Jarmila Gajdosova will be back to defend her title at Moorilla Hobart International in 2012.

In preparation for next year’s Australian Open, Gajdosova will head to Tasmania to compete at the Domain Tennis Centre from 6-14 January.

Currently ranked No. 33 in the world, Gajdosova had an outstanding year with a career high ranking of 25 in May.

In 2011 Gajdosova won her second WTA title, represented Australia in Fed Cup against Italy in February and the Ukraine in April, reached the third round of the French Open andWimbledon and the second round of the US Open.

Gajdosova is looking forward to returning to Hobart to start her Australian season of tennis.

“I’m really excited about coming back and after my success this year I hope to perform well in early January.

“The crowds are so supportive and I really enjoy playing out there on centre court,” said Gajdosova.

“Jarmila has had another impressive year and there is no doubt she is in contention to win the title again next year.

“Watching her play here in Hobart will inspire and entertain the young sporting fans and loyal tennis community,” said Handley.