Ana Ivanovic signs up for Sydney

The Apia International Sydney has added another Grand Slam champion to its impressive 2012 line up, with Serbian star Ana Ivanovic confirming her participation. 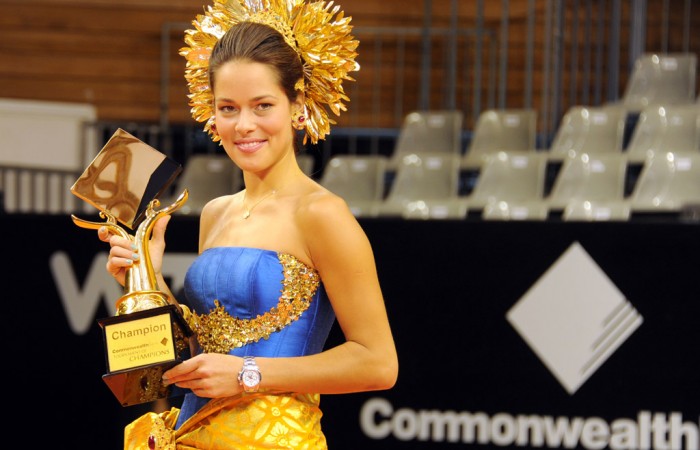 The Apia International Sydney has added another Grand Slam champion to its impressive 2012 line up, with Serbian star Ana Ivanovic confirming her participation today.

The world No.22, who won the WTA Tournament of Champions in Bali on Sunday, will return to Sydney Olympic Park Tennis Centre in January for the first time since 2008.

“I’m very excited to have the opportunity to go back there. It is one of my favourite events and I just love Sydney,” Ivanovic said.

“I had a great result there in 2008 when I reached the semi finals, so hopefully I can go a few steps further in 2012 and win the Apia International Sydney title.

“I think the fans there in Sydney are very enthusiastic and there is always a lot of Serbian fans who always cheer very loud for me, which is great.

“The field there is very strong and there are tough matches every round, which is exactly what you want heading into a Grand Slam event.”

Apia International Sydney Tournament Director Craig Watson said he was looking forward to welcoming Ivanovic back to the harbour city in the New Year.

“Ana has a lot of fans here and she is always very popular, so we are delighted that she will be finalising her Australian Open preparations here at the Apia International Sydney,” Watson said.

“There is a very strong Serbian community here in Sydney so I know she will have a lot of support when she takes to Ken Rosewall Arena.

“Ana is the fourth Grand Slam champion to commit to our event, along with Sam Stosur, Li Na and Lleyton Hewitt so 2012 is shaping up to be another fantastic year for the Apia International Sydney.”

Watson also said that more exciting additions to both the men’s and women’s line ups would be confirmed within the next fortnight.

He added, “I am pretty confident that we will have seven or eight of the world’s top ten women compete in Sydney next year which is a great endorsement of both the city and the event.”

In 2008, Ivanovic won her first Grand Slam title at Roland Garros and reached the Australian Open final. She became world No. 1 on June 9 of the same year.

She was also a finalist at Roland Garros in 2007 and her best results at other Grand Slams include making the semi finals at Wimbledon in 2007, fourth round appearances at the US Open in 2007, 2010 and 2011.

Her best appearance at the Apia International Sydney came in 2008, when she reached the semi finals. She was also a quarter finalist in 2006 and 2007.

Ivanovic has eleven WTA Tour singles titles to her name and has amassed over $8.7 million in career prize money.