Michael Look won the Onkaparinga International yesterday whilst across the state, Bojana Bobusic was victorious at the Mount Gambier Blue Lake International. 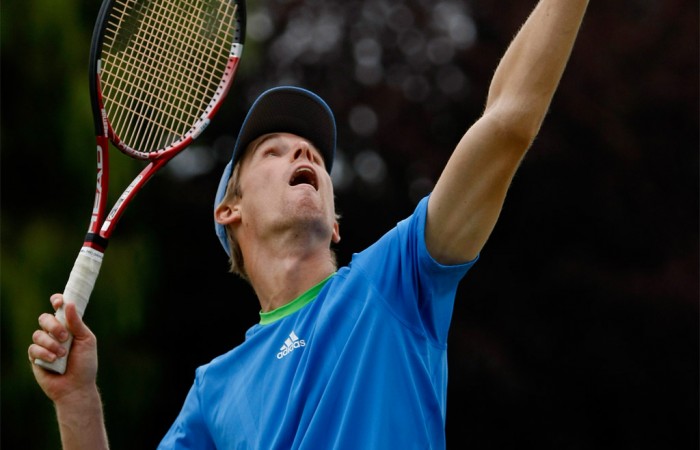 Ebelthite cruised through the tournament without dropping a set before going down to Look in the final.

“I felt great this morning. Today was the best I’ve felt, I was seeing the ball really well, my serve and my groundstrokes were going well. Overall I’m extremely happy with my performance, probably one of the best matches I’ve played all year,” Michael Look said.

“I was really hoping to finish the year inside the top 400, this second win has guaranteed that, so I am extremely happy.”

“The conditions this week were amazing. The weather was perfect and the wind was down. The brand new courts at Happy Valley Tennis Club were playing fantastically.”

In the men’s doubles final, No.3 seeds Robert McKenzie (Vic) and John Peers (Vic) defeated No.4 seeds Jack Schipanski (SA) and Li Tu (SA) to take their second Pro Tour title in a matter of weeks 6-4 6-2.

After her narrow loss to Olivia Rogowska in Port Pirie last week, Bobusic capitalised on her top form to take the title effortlessly yesterday. Bobusic did not lose a set on her run to the final. The first round saw her whistle past Ashley Keir (ACT) 6-2 6-1. She went on to beat Karolina Wlodarczak (Vic) 6-4 6-3 before knocking out New Zealander and No. 3 seed Sacha Jones 6-4 7-5. The semi then saw her defeat, for a second week in a row, No. 2 seed Isabella Holland (Qld) 6-2 6-3.

Though the win hasn’t sunk in for Bobusic, she was thrilled to have won her first Pro Tour title.

“I played well and I’m really happy to get the win,” Bojana Bobusic said.

“It hasn’t really sunk in yet, but coming off last week and not being able to get the win and having made a couple of other finals this year, I’m just really excited and happy I could come away with it today.”

The City of Onkaparinga International and City of Mount Gambier Blue Lake International are part of the 2011 – 2012 Australian Pro Tour, a series of professional tennis events that bridge junior events and the ATP/WTA Tour, providing an opportunity for players to earn their first world ranking points.