Matt Ebden and Bernard Tomic have both been nominated in the Newcomer of the Year category for the 2011 ATP World Tour Awards. 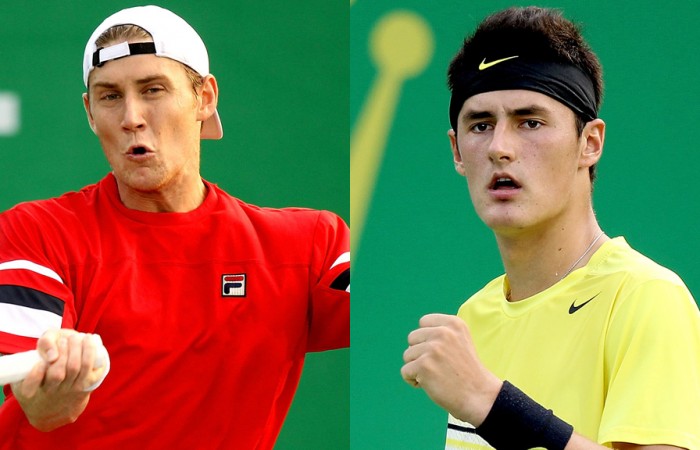 Matt Ebden and Bernard Tomic have both been nominated in the Newcomer of the Year category for the 2011 ATP World Tour Awards.

Both players had breakthrough seasons and entered the top 100 for the first time in their career.

The pair will contend with Canadian Milos Raonic and American Ryan Harrison for the prestigious ATP award.

Tomic made headlines at Wimbledon in June, becoming the youngest player to reach the quarterfinals at the All England Club since Boris Becker in 1986.

The Queenslander also reached the third round at the Australian Open and ATP Shanghai Masters.

It was in Shanghai also that Ebden achieved his best result to date, winning through qualifying and reaching the quarterfinals where he lost to eventual winner Andy Murray.

All ATP players are currently able to vote for who they deserve to win the various awards on offer, with the winners to be announced during the Barclays ATP World Tour Finals.

The full list of 2011 ATP World Tour Awards awards and nominees are :