Matosevic knocked out in Atlanta

Australian qualifier Marinko Matosevic has been knocked out of the Atlanta Tennis Championships by Taiwanese player Lu Yen-hsun. 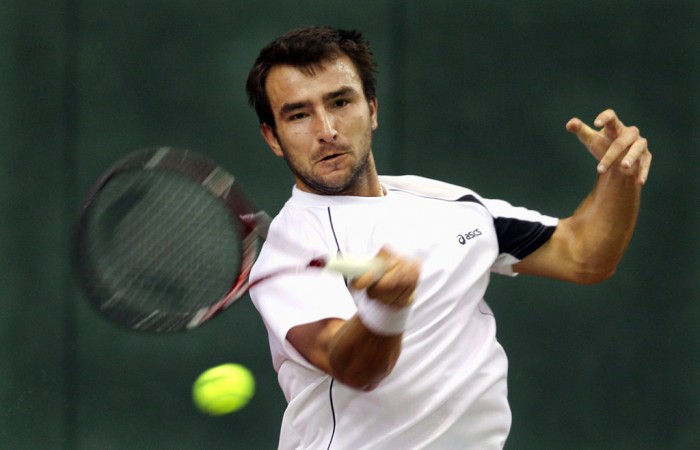 Australian qualifier Marinko Matosevic has been knocked out of the Atlanta Tennis Championships by Taiwanese player Lu Yen-hsun.

Lu held off a spirited challenge from the Aussie Davis Cup representative, recording a 3-6 6-1 6-2 victory.

South African Kevin Anderson continued the best season of his career, downing Michael Russell in straight sets to reach the quarter-finals of the ATP tournament.

Anderson, a semi-finalist in Atlanta a year ago, remained on track for a potential final against 2010 champion Mardy Fish.

After enjoying a first-round bye, Anderson opened his campaign with a second-round 6-1 7-5 victory over Russell, a 33-year-old journeyman from the United States.

Anderson, 25 and ranked ranked 34th in the world, won a title on home turf in Johannesburg this season. Against Russell He needed less than 90 minutes to book his sixth quarter-final of 2011.

“This season is the result of a lot of hard work,” said Anderson, who has climbed some 100 spots in the world rankings in the last 18 months and captured his first career title.

“I’m clearer on how I want to be playing. I’ve learned a lot playing higher-ranked opponents.

“I now have more belief no matter who is on the other side of the net. I’m working on movement, coming to the net more and trying to dictate. I want to do everything possible to allow myself to play my best tennis.”

Anderson’s big serve produced 10 aces as he broke Russell four times while dropping his own serve once.

The steamy summer conditions on the hardcourt did not make life any easier for Anderson, who along with Russell lost a year ago here to eventual runner-up John Isner.

But the weather was cool compared to the scorching temperatures of last years’s inaugural edition.

“The heat picked up at the start but settled down at the end,” Anderson said.

“It was definitely more comfortable today than last year. But the heat is still there and you have to manage yourself.

“It can get to you quickly and can take a toll. You have to keep it out of your mind.”