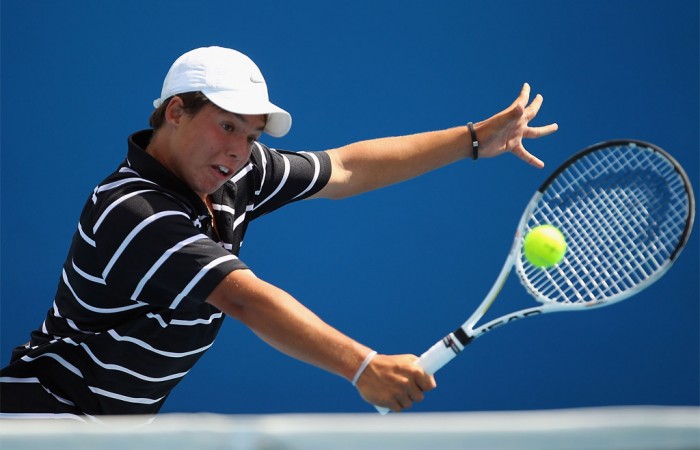 After claiming his maiden title at the Gallipoli Youth Cup in May, 15 year-old Andrijic defeated No.14 seed and reigning Optus 16s National Claycourt champion Rhys Johnson (Perth, WA) to book his place in the quarterfinals. Johnson was challenged by the young West Australian before closing the hard-fought match in three sets, 6-4 3-6 7-6(4).

In the girls’ draw of the ITF Junior Grade 4 tournament, Fanning has conceded only two games in her two matches to cruise into the quarterfinals. The 16 year-old will meet No.12 seed Andrea Dikosavljevic (Sippy Downs, Qld), while the pick of today’s matches will be the all-Queensland quarterfinal between Sara Tomic (Southport, Qld) and No.16 seed Lyann Hoang (Brisbane, Qld).

Tenth seed Astra Sharma (Perth, WA) is the only other seeded girl remaining, and will meet Kely Restiana Putri (INA) after the young Indonesian upset fellow international and second seed Ching-Wen Hsu (TPE) in the third round.

The Queensland Junior Winter International circuit will conclude with a second tournament next week at the Kawana Tennis Club in Buddina.