Australian Matthew Ebden has continued his good form at the Hall of Fame Tennis Championships in Newport. 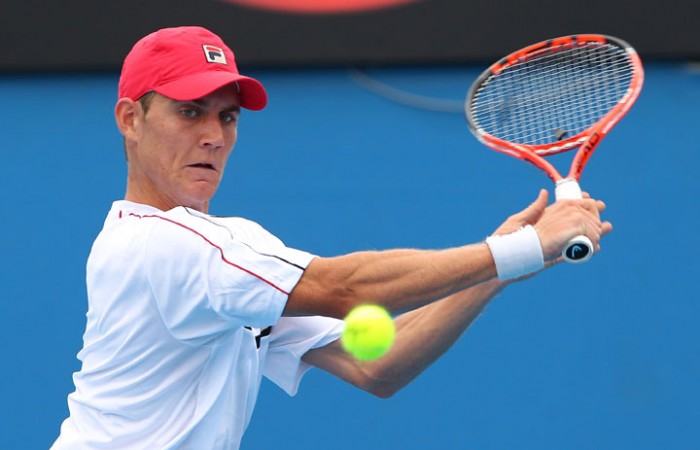 Australian Matthew Ebden has continued his good form at the Hall of Fame Tennis Championships in Newport, booking a place in the quarter-finals after a hard-fought win over Matthias Bachinger.

The West Australian will play sixth-seeded Olivier Rochus for a spot in the semi-finals after the Belgian beat Nicolas Mahut 6-4 7-6 (7-3).

Top-seeded John Isner also won through to the quarter-finals of the $US500,000 ($A468,911) tournament by beating France’s Arnaud Clement in straight sets.

Isner took the second round match 7-6 (7-4) 6-4 on Wednesday, winning 80 per cent of his first serve points at the grass court ATP tournament.

The 6ft 9in, 26-year-old Isner also used his booming serve to hammer 11 aces.

“When I get off to an early break, that’s when I feel like I’m in control,” he said.

“I feel like I play my best when I’m ahead. It didn’t happen in the first set, but it did in the second.”

Isner seized control when he broke Clement in the seventh game of the second set to take a 4-3 lead after the Frenchman double-faulted.

Edouard Roger-Vasselin defeated Jimmy Wang 7-5 6-4 and Michael Yani advanced when German star Tommy Haas retired with a lower back injury behind 2-5 in the first.