Australian Matthew Ebden has recorded an upset victory over No.4 seed Ryan Sweeting from the United States. 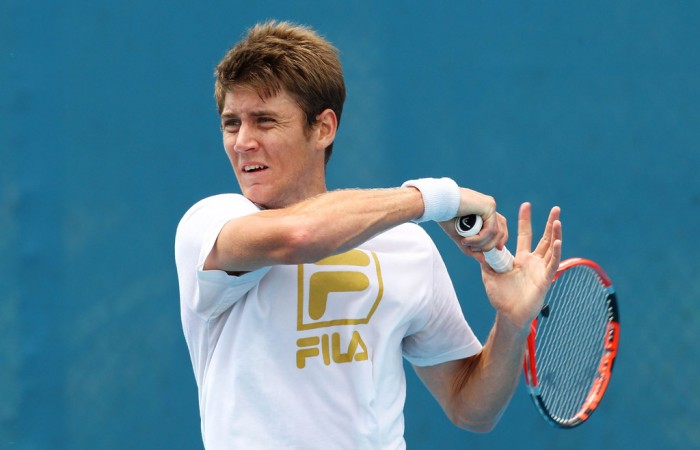 Australian Matthew Ebden has recorded an upset victory over No.4 seed Ryan Sweeting from the United States in the opening round of the Hall of Fame Tennis Championships.

In other action, John Isner and Nicolas Mahut, who played the longest tennis match in history last year at Wimbledon, both cruised to victories.

“It’s something we’re not used to,” Isner joked of the quick matches.

“The points actually aren’t grinding like hard court or clay. It’s good to go out there and get a real good sweat. Any match that’s this quick is good, especially the first round.”

They met again last month with Isner winning in three sets in a match that lasted about two hours.

“If we play each (here) it’s in the final, then we’d both be happy,” Mahut said.