Bob and Mike Bryan have equalled the record of Todd Woodbridge and Mark Woodforde for the most grand slam titles by a men's doubles pairing. 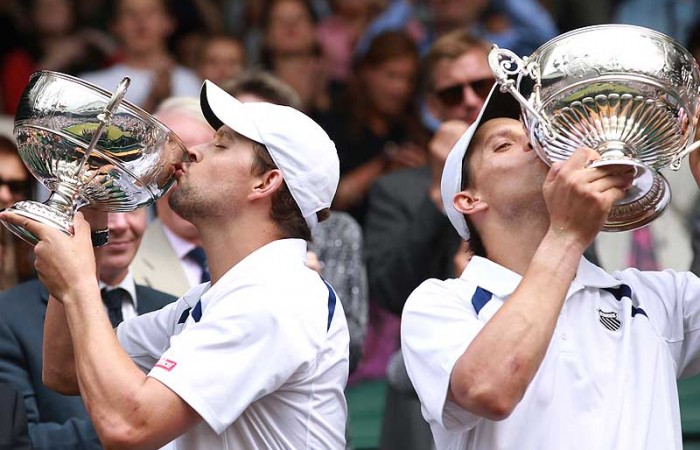 Bob and Mike Bryan have equalled the record of Todd Woodbridge and Mark Woodforde for the most grand slam titles by a men’s doubles pairing.

The American brothers collected their 11th major title with a 6-3 6-4 7-6 (7-2) win over Robert Lindstedt and Horia Tecau at Wimbledon on Saturday.

Mike Bryan said it had been a dream to match the Australian pair.

“To equal the Woodies, a team that we idolised, the greatest team in our mind, is unbelievable,” he said.

“I mean we would love to try to get to 12 and do that at the (US) Open (this year) but those guys have been really gracious.

“They’re the first to come up to us and congratulate us.

“Mark was in LA when we broke the 61 record (for the most title wins).

“But you know it is all a blur. This week was just so quick. We weren’t even thinking about 11 until Mark Woodforde came up and said ‘Congrats on getting that 11th’.”