Barty, Saville, Kubler on a roll

Two wins from two matches for junior Luke Saville was just one of the Aussie highlights on day 9 of Wimbledon as Ash Barty’s run continued and Jason Kubler added another “W” next to his name. 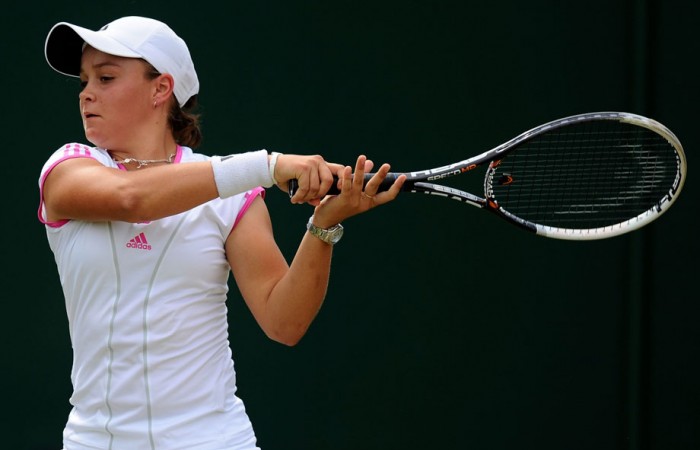 Two wins from two matches for junior Luke Saville was just one of the Aussie highlights on day 9 of Wimbledon as Ash Barty’s run continued and Jason Kubler added another “W” next to his name.

Thanks to a rain delay, Saville was forced to back-up on day nine and play both his second- and third-round matches.

The 16th seed in the boys’ championships was up to the task, first accounting for Russia’s Evgeny Karlovskiy 7-5 7-6(7) then taking out Brazil’s Thiago Moura Monteiro (Bra) 7-6(8) 6-3 to set up a quarterfinal clash with Belgium’s Joris De Loore.

Saville was joined in the quarters by Queensland’s Jason Kubler who had a straightforward win over American Marcos Giron 6-3 6-3. Kubler will also face a Belgian in the quarterfinals – Julien Cagnina.

The Australians are on opposite sides of the draw, so could potentially meet in the final should they win their next two matches – which is a possibility. The seeds have been decimated with just 15th seed Liam Broady seeded higher than Saville.

In the girls’ singles championships, Ash Barty continues to impress. The twelfth seed had few problems with Germany’s Katharina Lehnert, dismissing her 6-1 6-2. Barty faces unseeded American Madison Keys in the third round.

In the main draw doubles, Paul Hanley and his Swedish partner Simon Aspelin came out on the wrong side of a marathon match against top seeds Bob and Mike Bryan. Hanley and Aspelin were eventually knocked out 16-14 in the fifth set.

Hanley had better luck in the mixed, coming out on top with partner Su-Wei Hsieh over second seeds Max Mirnyi and Yaroslava Shvedova.

And in the women’s doubles event, Australians Sam Stosur and Anastasia Rodionova are on a quarterfinal collision course after they both made it through their respective doubles matches.