While most eyes were on Bernard Tomic's upset win over Robin Soderling, there were several other Aussies in action at Wimbledon, including our juniors who kicked off their campaign in style. 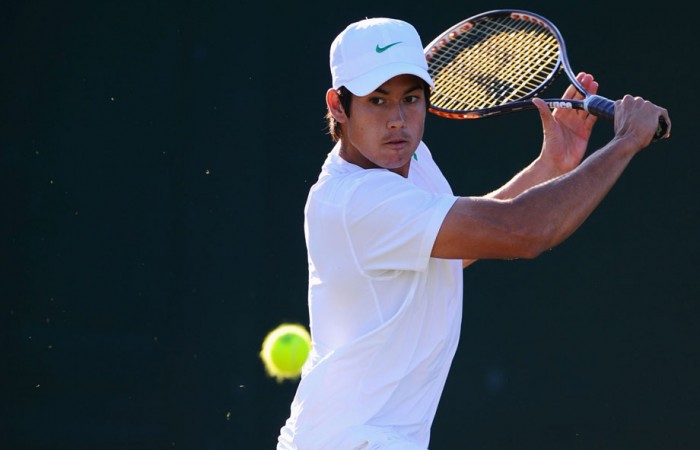 While most eyes were on Bernard Tomic’s upset win over Robin Soderling, there were several other Aussies in action at Wimbledon, including our juniors who kicked off their campaign in style.

Jason Kubler, once the top-ranked junior in the world, needed a wildcard to get into the boys’ singles draw. It’s a decision that the organisers won’t regret. The Queensland teenager came back from a set down to deliver the knockout blow to Croatia’s Mate Delic 4-6 6-4 10-8 to progress to the second round where he will face either local fourth seed Oliver Golding or Russia’s Asian Karatsev.

Australian 16th seed Luke Saville had an easier time of it, posting a regulation 6-1 6-2 win over Czech Lukas Vrnak. Saville will next play one of unseeded pair Evgeny Karlovskiy of Russia or Dennis Novikov of the United States.

Qualifier Nick Kyrgios is yet to play his first-round match, which will be a tough one – he takes on 15th-seeded Brit Liam Broady, ninth seed Andrew Whittington faces local wildcard Luke Bambridge and Ben Wagland takes on American Shane Vinsant for a place in the second round.

In the girls’ singles, 12th-seeded Australian Ash Barty plays local wildcard Lucy Brown in the opening round. Barty, who is the top-ranked 15 year old in the world, is Australia’s only entrant in the girls’ junior singles.