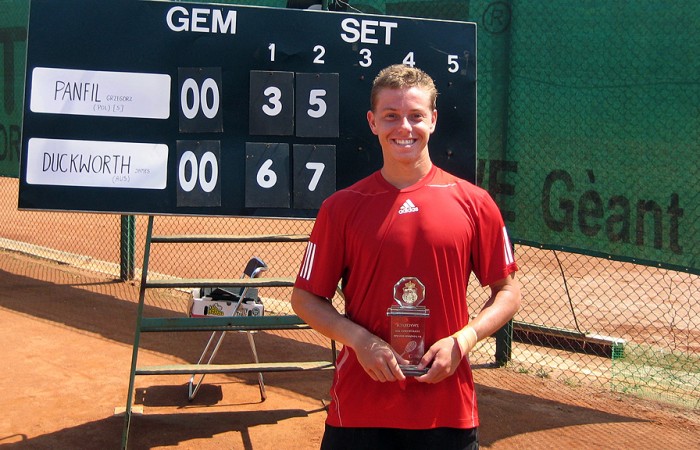 The rising star was clinical on clay against the fifth seed and claimed the match in straight sets, 6-3 6-4.

It is expected that Duckworth’s ranking could climb into the top 550 when the ATP rankings are released this week.

“This is a great result for James. His effort and performances both on and off the court this year have been great, and he is now getting the results he deserves,” said AIS tennis head coach Brent Larkham.

“We have recently completed a physical training block with his trainer Ian Prangley at the AIS in Canberra and he has come through some long matches this week, so all that hard work has certainly paid off and credit should be given to both of them.

“It’s been a while since a young Aussie has managed to win an ITF Pro Tour event on clay in Europe. This time next year, James should be competing in qualifying or even better at the French Open and I think he can achieve that.”

Duckworth had previously reached the semifinals on two occasions on the ITF Pro Tour circuit, including a strong performance on clay in Great Britain earlier this month.

Duckworth is currently a member of the AIS Pro Tour Tennis Program, a targeted training program to support the transition of junior players into senior ranks.

Athletes are given world class coaching, physical and medical support as they travel the world on the tennis tour.