Fourth seed Victoria Azarenka moved to within one victory of a third title. 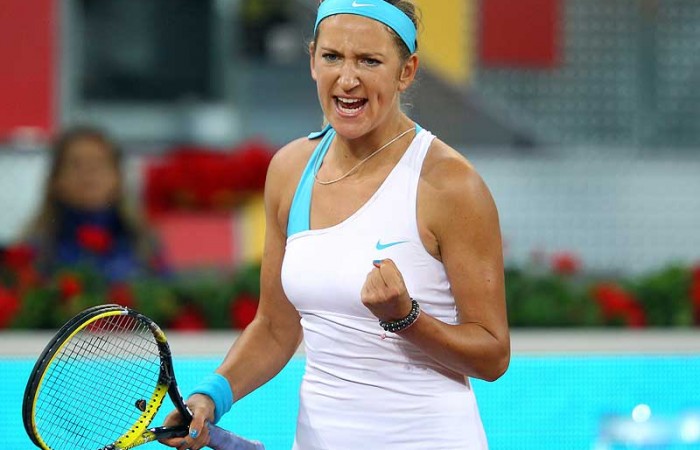 Fourth seed Victoria Azarenka moved to within one victory of a third title from her last four WTA events when she ended the hopes of Germany’s Julia Goerges 6-4 6-2 in the semi-finals of the ATP-WTA Madrid Masters on Saturday.

The first five games went against serve, with Kvitova finally steadying to take charge in a bid for her fourth career title.

The 21-year-old had 28 winners as she dominated after the shaky start.

Azarenka leads her career series with the Czech 2-1, but lost to Kvitova in their last meeting at the 2010 Australian Open third ruond.

Goerges, who will move to a career high ranking in the top 20 on Monday, reached the last four with upset wins this week of world number one Caroline Wozniacki and the formerly top-ranked Dinara Safina.

Kvitova will break into the top 10 from her current 18th while Azarenka is now guaranteed the number four ranking thanks to reaching the Madrid final, according to WTA calculations.

The first semi-final was played under the closed roof of the stadium as the first rain of the week hit the Spanish capital before sunshine later broke through for the second.

Goerges played well below her best in the 76-minute match, committing a massive 37 unforced errors to open the door for Azarenka.

The winner converted on three of nine break points and saved the only one she faced in the fourth game of the first set. Azarenka took the match with her first match point when Goerges put a weak backhand into the net.

“I did come very motivated to play this match and to show my best tennis and to win it,” said Azarenka.

“I have to be the one dominating the game, she has really big shots and when she goes for it it’s tough to see where she’s going. The ball is coming really fast. The most important thing was for me to take time away from her.”