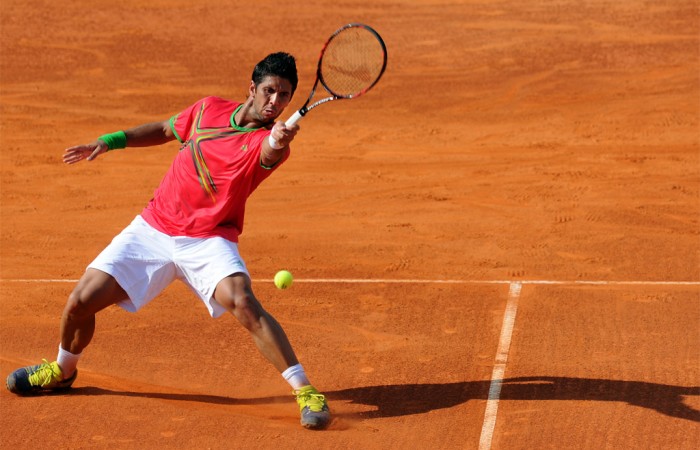 Second-seeded Fernando Verdasco survived a late fightback by Portugal’s Frederico Gil to win 6-1 7-6 (7-5) to reach his first quarterfinal in more than two months at the Estoril Open on Thursday.

But Verdasco, who has dropped out of the top 10 to No.15 this year, let Gil back into the match by losing five games in a row.

Gil, who became the first Portuguese to make an ATP final here last year, forced Verdasco to a tiebreaker but couldn’t extend it.

Raonic, who in February became the first Canadian to clinch an ATP Tour title since 1995, has jumped 130 spots in the rankings this year to No.27.

The top three seeds in the women’s competition exited in the quarterfinals.