Sally Peers has been selected to replace Jelena Dokic in Australia's Fed Cup team to play Ukraine in their World Group Play-off tie this weekend. 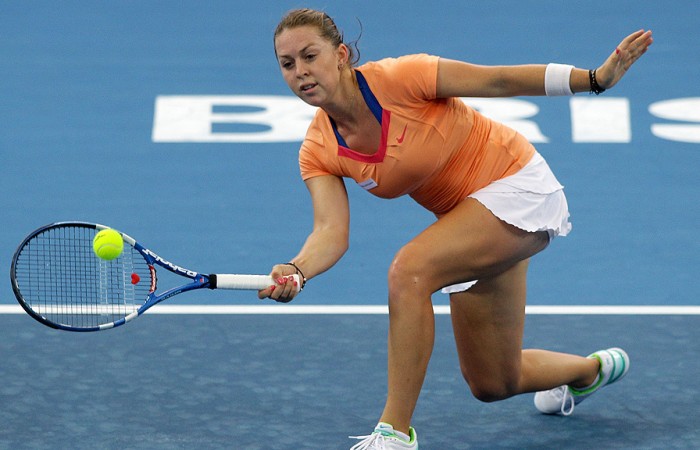 Peers said she is honoured and excited to be named in the Australian Fed Cup team.

“It is a huge honour to represent my country in Fed Cup,” Peers said today.

“It was an amazing opportunity to represent Australia at the Commonwealth Games last year, so I’m really looking forward to joining Jarmila, Anastasia and Sophie in the Australian Fed Cup team.

“Adding to this my first Fed Cup tie is at a local club really close to home which will make it even more exciting. It will be great to represent my country surrounded by my family and friends and I hope all of Melbourne gets behind the team as we compete to return to the World Group this weekend.

“I know how much all the girls want to win and I hope I can play my part in helping them get there,” Peers said.

“We are obviously disappointed that Jelena was unable to attend the tie but this opening gives Sally a great opportunity to debut for the Fed Cup team in front of a home crowd,” Taylor said.

“Sally has had a great start to the year with one of her best ever wins over Alisa Kleybanova, ranked No.25 at the time, at the Brisbane International in January.

“She has also just defended her City of Ipswich Tennis International title, her second career ITF Pro Tour event, with a win over Lesia Tsurenko, a member of the Ukraine Fed Cup team.

“Add to this Jarmila and Anastasia who have had amazing Fed Cup debuts, both winning over much higher ranked players – Jarmila beat Italian Francesca Schiavone last February in Hobart, and Anastasia defeated Alona Bondarenko this time last year in Ukraine, and Sophie who has beaten three out of the four Ukraine team members on clay.  Looking at these stats we have a lot of depth and strength in this team.

“This is a real opportunity for the girls to step-up to lead the team back into the World Group, and Nicole [Bradtke] and I will be keen to see who takes up that challenge.

“The Ukraine is never an easy opponent but I think our girls are up for the contest and will be keen to prove they belong back in the World Group.”

Peers is a Commonwealth Games bronze medalist in singles and won gold in doubles with Fed Cup team-mate Rodionova in India.