Daria Gavrilova and Priscilla Hon are joining the Australian squad for the Billie Jean King Cup Finals in Prague. 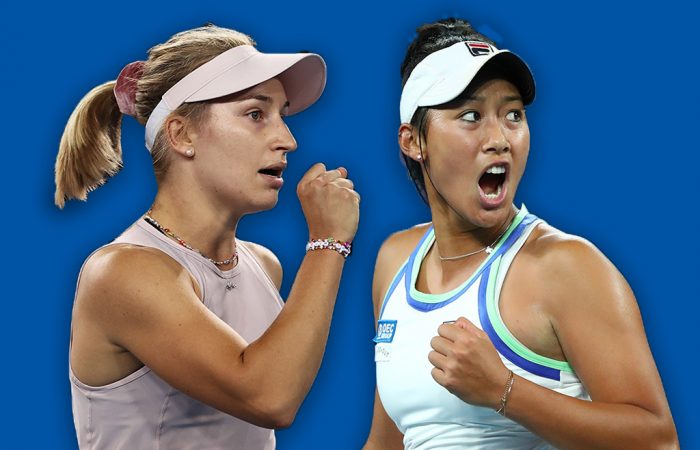 Daria Gavrilova and Priscilla Hon are joining the Australian squad for the Billie Jean King Cup Finals in the Czech Republic.

The finals of the Billie Jean King Cup, formerly known as Fed Cup, are being played at Prague’s O2 Arena from 1-6 November.

Gavrilova, a former world No.20, has not played since undergoing Achilles surgery after this year’s Australian Open. The 27-year-old has spent the past eight months recovering in Melbourne and is excited to make her competitive return.

“I feel honoured to be part of the Australian squad,” said Gavrilova, who made her Billie Jean King Cup debut in 2016.

“My recovery has been a long process. I’ve definitely had my ups and downs. I’ve spent a lot of time alone in the gym, firstly because of the restrictions in Victoria, and also that all my team-mates have been away playing. So I can’t wait to be back and competing again.

“I haven’t been on a plane in over 12 months, so I’m feeling a bit unorganised. I’ve forgotten the routine of packing. But I’m really excited to see all of my friends again.”

Hon also spent part of the 2021 season sidelined, missing the Australian Open due to a hip injury. The 23-year-old from Queensland, who is currently ranked No.215, returned to reach final qualifying rounds at Wimbledon, Chicago and Indian Wells.

“Playing for your country is extremely special and I’m so grateful to get another chance. I can’t wait to get out there, compete our hearts out and make Australia proud.”

World No.96 Astra Sharma was also selected, but has withdrawn to recover from a slight injury.

The final five-member team will be revealed on Sunday 31 October.

“We are thrilled to be back representing Australia in the Billie Jean King Cup,” said Molik.

“It was a tremendous effort to reach the final in the last Fed Cup held in 2019 and we can’t wait to get back out there as a team to compete for Australia against the world’s best nations.”

In a new round-robin format at the Billie Jean King Cup Finals, the Australian team faces Belgium and Belarus in the group stages.