Sharapova into final, Federer into semis

Maria Sharapova rallied to reach the women's final of the WTA and ATP Masters hardcourt tournament in Miami, while Roger Federer barely worked at all to reach the men's semis. 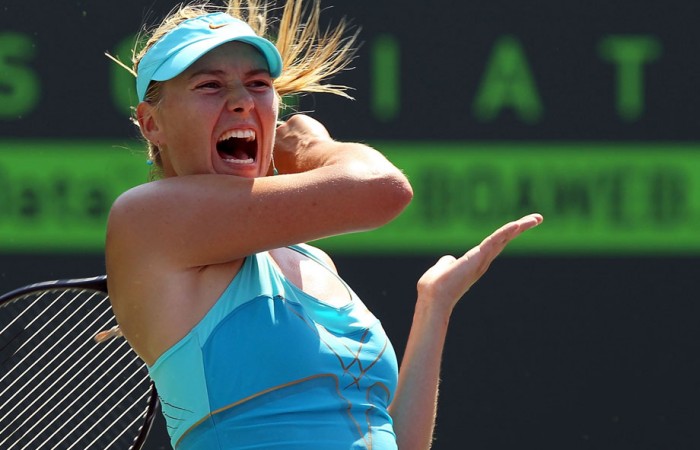 Maria Sharapova rallied to reach the women’s final of the WTA and ATP Masters hardcourt tournament in Miami, while Roger Federer barely worked at all to reach the men’s semis.

In Saturday’s final, Sharapova will be seeking her first title since May 2010, and her first in Miami.

Federer, seeded third, won 12 of the 15 points against France’s Simon, who talked with a trainer during a changeover before conceding the match and shaking hands with Federer.

“He told me he woke up this morning with a stiff neck and couldn’t move,” Federer said.

“It’s obviously disappointing when it happens in front of an audience. You get booed off the court – that’s rough. It’s not the way you want to move on, but look, I’ll take those because they happen quite rarely.”

Federer beat Nadal for the title here in 2005, the last time they played each other in the United States.

She got off to a shaky start as she double-faulted three times in dropping her first service game.

But as the match wore on, Sharapova trimmed back her errors and returned Petkovic’s serve aggressively.

Petkovic had 11 game points in the second set but couldn’t convert any of them.