Tennis Australia’s Courts and Facilities Program has helped Bundoora Tennis Club to upgrade two of their tennis courts with the modern Plexicushion surface. 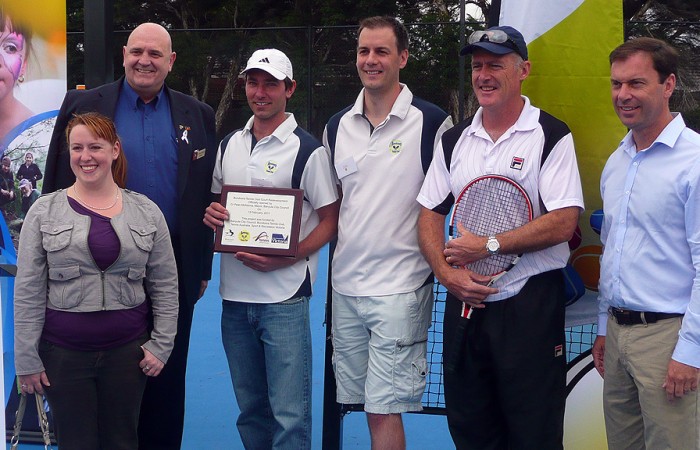 The $233,000 project took more than 24 months to complete and was managed by Bundoora Tennis Club in partnership with the Banyule City Council.

“Prior to the construction commencing, the club worked quite closely with the club members, technical advisors from Tennis Victoria, and after providing informative guidance including example cases we then sat down with Banyule City Council.

The ensuing months brought together all stakeholders objectives and we went from there and ran with the detailed and multi faceted project,” James Copes, Vice President of the Bundoora Tennis Club said.

“Bundoora Tennis Club did a lot of research into the surfaces available, as well as pros and cons including  costs.  In addition, our members were surveyed on their thoughts regarding the view of key infrastructure upgrades and surface preferences,” Copes explained.

“Construction started mid to late 2008 and was not completed until November 2010.  Banyule City Council must be given credit for completing this difficult multifaceted project that comprised two different surfaces, fencing and lighting.“

On Sunday13 February this year the Bundoora Tennis Club celebrated the official launch of the new Plexicushion courts and additional upgrades.  The day was a success and enjoyed by all 150 guests.  A highlight of the day was the exhibition match featuring Australian tennis great John Fitzgerald and representatives of Banyule City Council and Bundoora Tennis Club.

“Members of our club and local community will reap the benefits of these court upgrades for many years to come,” Copes said. “I believe the new courts and infrastructure upgrade will help us attract new members to our Victorian Pennant Teams and increase participation in our programs.

“You don’t need to be a member to participate in some of our programs, casual visitors are welcome,” Copes added. “Our club is 45-years-old, it is open all year round and offers a great social environment; we have some families who now have their third generation playing, I have been involved for the past 20 years and have gained a great set of friends through the club, and I know many other members are in a similar situation,” Copes said.

Current world No. 5 and the ambassador of the Court and Facilities program, Sam Stosur, said it is a very exciting time for tennis in Australia.

“The Courts and Facilities program is helping achieve this with 975 courts already approved for upgrades and more than $154 million generated in funding for facilities in the past three years.

“Tennis clubs are such an intrinsic part of rural communities and my hope is that these upgrades will encourage even more people to get out and enjoy the game and get the same amount of enjoyment from tennis as I have.”