Reigning champion Sally Peers is set to lead a host of rising stars at the City of Ipswich Tennis International, beginning on Monday. 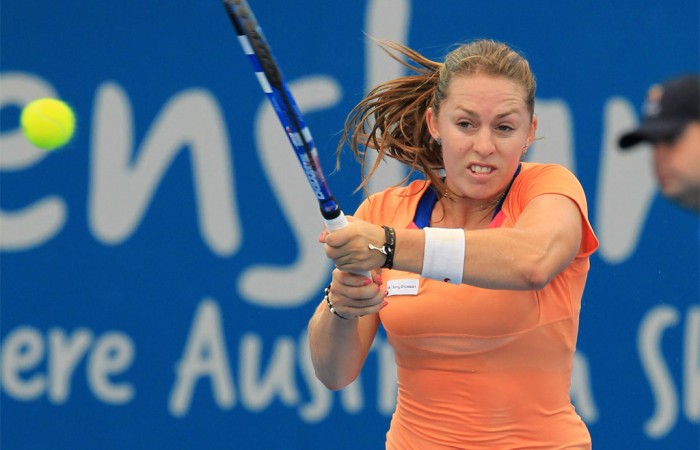 Reigning champion Sally Peers is set to lead a host of rising stars at the City of Ipswich Tennis International, to be held at George Alder Tennis Centre from Monday 28 March.

Residents in Ipswich will have the opportunity watch the emerging Australians take their next step onto the global tennis stage as they compete for $40,000 in prize money.

“To have players from abroad play alongside our future tennis stars is fantastic for the tournament and the Australian Pro Tour,” Tournament Director Mark Handley said.

“The City of Ipswich Tennis International is a unique opportunity for national talent to gain valuable match experience on clay and test themselves against international players as they climb the world’s rankings.”

Established international players set to feature in Ipswich include New Zealand’s No.1 player Michael Venus, seasoned Australian Pro Tour players Erik Chvojka (CAN) and Yurika Sema (JPN), and top women’s seed and world No.126 Lesia Tsurenko (UKR), who is expected to play in the Fed Cup by BNP Paribas World Group Play-off tie between Australia and Ukraine in April.

Handley also praised the City of Ipswich and George Alder Tennis Centre for their ongoing support and encouraged the community to support the future of Australian tennis at the event.

“The City of Ipswich Tennis International will headline an exciting month of tennis which will also feature the Optus National Claycourt Championships, so we hope locals can support our national talent at these free community events.”