Another record for Federer

Roger Federer posted a straightforward 6-3 6-3 defeat of Radek Stepanek on Saturday, opening his campaign at the $9 million-dollar ATP-WTA Masters by setting another career record. 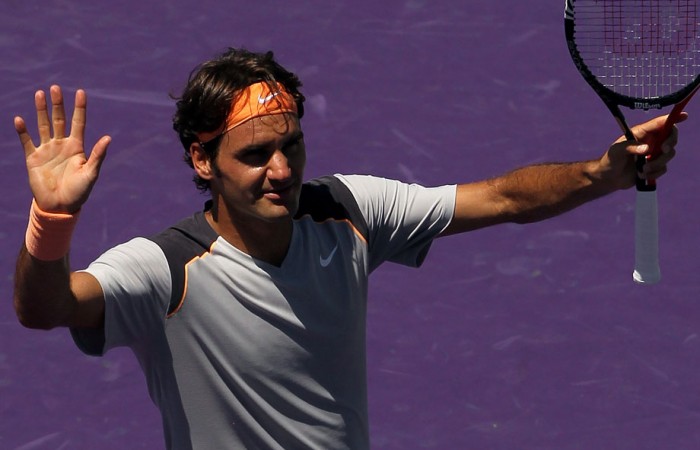 Roger Federer posted a straightforward 6-3 6-3 defeat of Radek Stepanek on Saturday, opening his campaign at the $9 million-dollar ATP-WTA Masters by setting another career record.

The Swiss third seed, whose 16 Grand Slam titles are the most in history, joined Pete Sampras on seventh in the all-time win list with 762 career victories. Jimmy Connors sets the pace in that statistic with 1242.

“It’s nice tying Pete, but he could have played for many more years,” said Federer, who next plays Argentine Juan Monaco for only the second time after their last meeting in 2007. “He could still win some matches on tour now if he wanted to.

“It’s a funny stat, but it shows how long I have been around already, how much I’ve won, all around the world and all the different surfaces. I’ve played 10, 12 solid seasons, you know.

“I’ve never missed big chunks of seasons. That’s how you end up with so many wins, I guess.”

The Swiss said that the Crandon Park courts seem to be playing too slow for his liking.

“It’s hard to put balls away, you have to really set it up perfectly. It reminds me slightly to clay in terms of how you can construct points. You have to really create the way you play the points.

“I wish it was a bit faster, but it is what it is. It’s also a surface I can play my best tennis on, so we’ll see how it goes.”

Monaco booked his date with Federer through a defeat of Sergiy Stakhovsky of the Ukraine 6-4 6-7(2) 6-4.