Dokic in, Tomic out in Miami

Jelena Dokic has come back from a set and 3-0 down to earn herself a spot in the main draw of the Sony Ericsson Open in Miami. 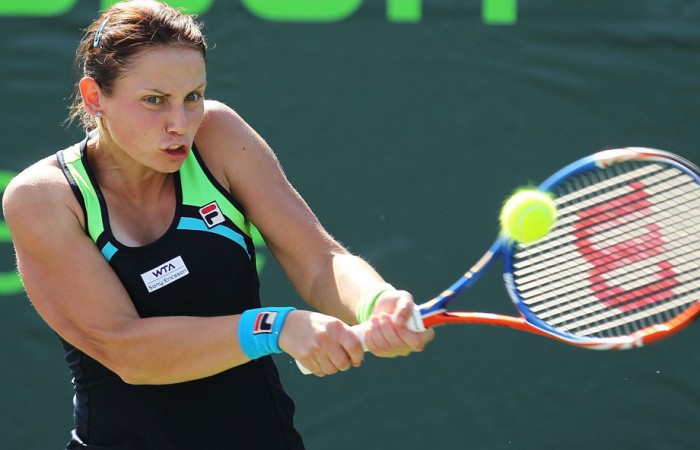 Jelena Dokic has come back from a set and 3-0 down to earn herself a spot in the main draw of the Sony Ericsson Open in Miami.

The top seed in the qualifying event, Dokic faced American teenager Christina McHale for one of 12 qualifying spots on offer.

The win continues Dokic’s return to the winners’ list in 2011. The Australian won her first WTA title in nine years a few weeks ago in Kuala Lumpur when she ousted top five Italian Francesca Schiavone on her way to the Malaysian Open title.

Dokic, however, has drawn the short straw and will face wildcard and former world No.1 Dinara Safina who upset Sam Stosur in Indian Wells two weeks ago. And if Dokic can make it past the first round, third-seeded Russian Vera Zvonareva will be waiting for her in the second round.

Currently ranked No.64 in the world, Dokic did not play in the Miami main draw last year so will have a good chance to improve her ranking in the next week.

Stosur, the No.4 seed, enjoyed a bye in the first-round and will take on China’s Jie Zheng in the second round after the world No.59 defeated wildcard Sorana Cirstea in the first round.

Groth, who was also granted an opening-round bye as the 28th seed will play Yaroslava Shvedova in the second round.

The news wasn’t so good for Rodionova who was knocked out in the first round by Swede Johanna Larsson, 6-4 7-6(3).

In the men’s draw, with Australia’s No.1 men’s player Lleyton Hewitt on the sidelines recovering from foot surgery, Bernard Tomic was the only Australian in the main draw after Matt Ebden and Marinko Matosevic were knocked out in the qualifying rounds.

Unfortunately for Tomic he was unable to make it past the first round, going down in three sets to Spaniard Pabla Andujar, 6-4 3-6 7-5.