Juan Martin del Potro will face Janko Tipsarevic in the final of the ATP Delray Beach International Championships after his 6-1 7-5 win over American Mardy Fish on Saturday. 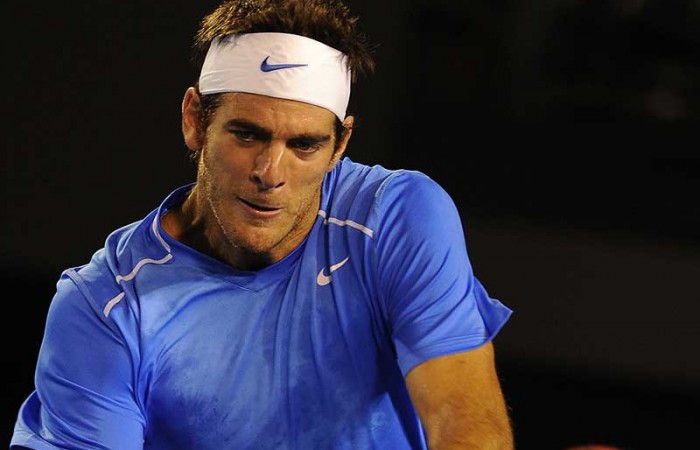 Juan Martin del Potro will face Janko Tipsarevic in the final of the ATP Delray Beach International Championships after his 6-1 7-5 win over American Mardy Fish on Saturday.

Del Potro, who only played three tournaments in 2010 because of a right-wrist injury, is playing in his first final since winning the 2009 US Open.

“It’s amazing for me, this comeback, and I’m trying to get better day by day,” Del Potro said.

“I’m trying to play similar to 2009 but it is very tough. Tomorrow I’ll be in my first final in more than a year and that’s great for me.”

Sixth-seeded Tipsarevic of Serbia, defeated Kei Nishikori of Japan 6-4 6-4 in the semifinals to reach his third career final.

Del Potro played a flawless first set, but the second-seeded Fish started to take the pace off the ball and jumped out to a 4-1 lead in the second set.

Del Potro, however, refused to surrender, breaking back to 4-4 before Fish went ahead 5-4 on serve – but Del Potro won the final three games.

“He improved his game in the second set and he’s very dangerous,” Del Potro said.

“I just became very focused on trying to break his serve.

“In the important moments I played better and that was the key for the match.”

Tipsarevic, who was a member of the winning 2010 Serbian Davis Cup team, has only dropped one set in four matches played this week.

“I’m really happy with the week and my match today,” he said. “There’s still one more match to go. I hope I can maintain the level that I played today, and all throughout the week.

The Serbian never dropped his serve to Nishikori and took advantage of both break point opportunities – in the ninth game of the first set and the third game of the second set.

“I think the main difference is the serve,” Tipsarevic said.

“I managed to win one or two points a service game with an ace or a winner, while Kei had to grind for every possible point on his service games.”