Tomic makes it past Millman

Bernard Tomic has overcome fellow Queenslander John Millman in three sets to move into the quarterfinals of the Caloundra Tennis International today. 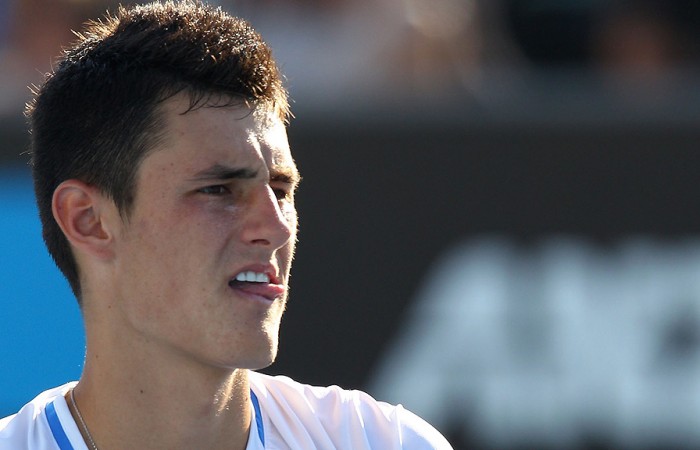 Bernard Tomic has overcome fellow Queenslander John Millman in three sets to move into the quarterfinals of the Caloundra Tennis International today.

In hot and humid conditions, the teenager dropped the opening set 1-6 before re-grouping to take the second set 6-1 and winning the third set in a tie-breaker 7-6(5).

“John’s a good player, it was a good game in tough conditions and it just came down to a few points in that third set,” Tomic told tennis.com.au after the win.

“I’m getting more confident as I play more matches and really happy to be in the quarterfinals and hopefully have a chance to win another Challenger event.”

Tomic will face Slovakian Ivo Klec in the quarterfinals on Friday.

The pair have never played before but after a hugely impressive showing against world No.1 Rafael Nadal in the third round of January’s Australian Open and semifinal appearance at last week’s McDonalds Burnie International, Tomic’s confidence is sky-high.

“Playing Nadal has given me more confidence and that’s why I’ve been playing better I think.”

“I was able to experience that feeling of taking on a quality player, getting ahead in the second set and then losing but I was just grateful to get the opportunity to take on such a top player.”

Matosevic defeated Brydan Klein in straight sets and will now meet former world No.77 Danai Udomchoke, who defeated Greg Jones 6-4 6-4 in the second round.

Ebden was also pushed to three sets by Tsung-Hua Yang and will now face Burnie International champion Flavio Cipolla (ITA) in the quarterfinals.