Aussies cruise through to third round 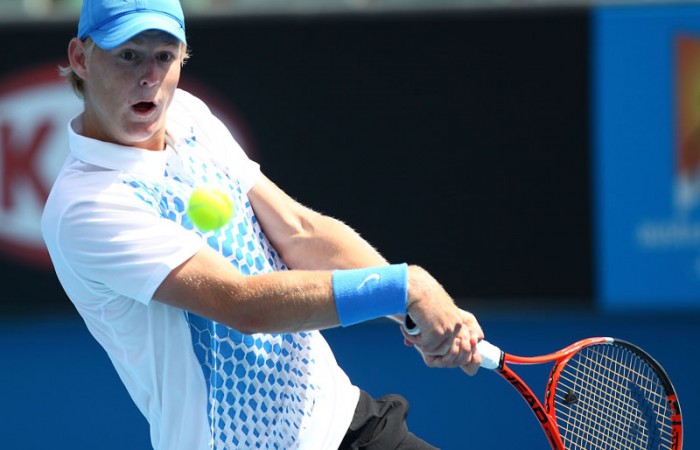 Luke Saville, Nick Kyrgios and Andrew Whittington have all won their second round matches at the Australian Open 2011 Junior Boys’ singles Championships today.

Saville was cramping when trying to serve for the match and was forced to serve underarm. He lost the game, but broke Thiem’s serve next game to win the match.

Next up for Saville is Serbia’s 13th seed Nikola Milojevic, who earlier in the day defeated another Australian, Joey Swaysland 6-2 7-6(3).

He recovered to dominate the final set, wrapping up the 6-2 1-6 6-2 victory and moving into the third round where he will take on the winner of the Miki Jankovic and Jeson Patrombon match.

Similarly, Nick Kyrgios has moved through to the third round after a solid 7-5 6-7(6) 6-3 win against Slovakian Adrian Partl.

He will play the winner of the match between Mac Styslinger and Karim Hossam.

Kyrgios will be back on court later this afternoon to contest his second-round doubles match with Andrew Harris, as will other Australian pairings Alex Bolt/Mark Richards and Christopher O’Connell/Jordan Thompson.

Kassandra Dunser and Azra Hadzic will take on fourth seeds Margarita Gasparyan and Daria Gavrilova in their second round girls’ doubles match.