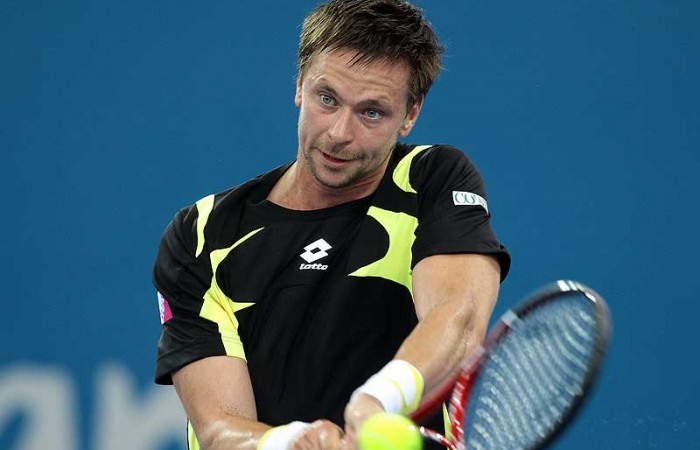 The Swede’s big serve and powerful ground strokes didn’t falter during his 6-3 6-2 win.

“I’ve been serving really well all week. I haven’t been broken yet and today especially I managed to serve really well when it really matters,” Soderling said post-match.

“I still know that I can play better. I’ve played three pretty solid matches so it feels good coming into tomorrow’s semifinal.”

Despite the loss, Ebden says he is happy with the way he played throughout the week and will take away many positives.

“For me it’s an opportunity to test at that level and you know, obviously you learn things and hopefully I can take some experience and move forward with it,” Ebden said.

“[It’s the] first week of the year [and] I’ve played eight matches, including a couple in the doubles, so it’s a great start and I think that’s very important leading into the rest of the year, so I’m very happy. Above all, my professionalism and my mentality this week has been good.”

“I have a really difficult match coming up tomorrow,” Soderling said. “I’ve played against Radek many times and we’ve always had tough matches so I have to stay focussed on this one.”

Stepanek, the 2009 Brisbane International champion and 2010 finalist, said “everything suits me here.”

“I’m very pleased to play here in front of such a crowd, you know it’s always an honour… when you win a tournament it’s obviously a favourite place [and somewhere] you want to go back.”

In other news, Australia’s Paul Hanley and Czech Lukas Dlouhy have made the men’s doubles final, defeating the world No.10 doubles pair Max Mirnyi and Daniel Nestor.