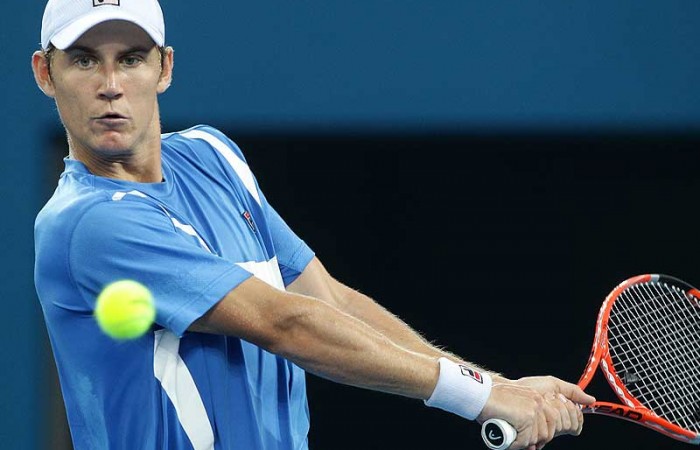 And French fourth seed Marion Bartoli became the first woman through to the semi-finals after cruising to a 6-2 6-1 win over Czech Barbora Zahlavova Strycova.

Ebden, 23, picked up where he left off last year to reach his first ATP quarterfinal in style.

Recently rewarded with an Australian Open wildcard, he added to his resume on Thursday by downing world No.40 Istomin – the first player from Uzbekistan to crack the world top 50.

The Delhi Commonwealth Games singles bronze medalist has made a habit of turning heads at the Brisbane International.

He upset world No.28 Jurgen Melzer last year to reach the second round before being ousted by Paul Gasquet.

Ebden’s reward will be to face the winner of top seed Robin Soderling’s second round clash with German Michael Berrer.

World No.16 Bartoli trailed 2-1 in the first set before rattling off the next eight games to take complete control.

Bartoli, 26, credited early preparation at her Gold Coast base with thrashing the world No.67 in almost an hour and a half.

“It’s a great start (to the Australian summer),” she said.

“I worked really hard during the off-season, spent some time here during the rainy days on the Gold Coast and I think it helped me to get through today as well.”