Fitzgerald on the board

Newly elected Tennis Australia (TA) director John Fitzgerald has warned those demanding a return to the nation's 1960s world tennis domination that it simply isn't feasible, but marked improvement in playing depth is well on the way. Fitzgerald's high-risk play of quitting as Davis Cup captain last week to run for office succeeded on… 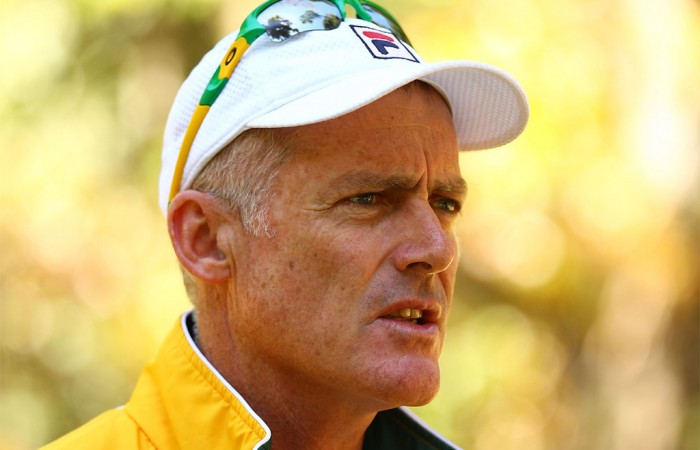 Newly elected Tennis Australia (TA) director John Fitzgerald has warned those demanding a return to the nation’s 1960s world tennis domination that it simply isn’t feasible, but marked improvement in playing depth is well on the way.

The 49-year-old was elected to one of three vacancies on TA’s board in Melbourne, along with re-elected media advertising mogul Harold Mitchell and another incumbent Graeme Holloway.

Sydney lawyer Steve Healy also officially took over as TA president as part of a long-planned succession of Geoff Pollard, who has retired following 21 years in the job.

Fitzgerald’s elevation has finally answered calls for TA to elect a contemporary tennis player or someone from the sport’s coalface to the board of an organisation oft-criticised for its lack of inclusiveness for current and past players.

The long-time Davis Cup skipper admitted Australian men’s tennis – with just one male in the top 100, no.54-ranked Lleyton Hewitt – was currently paying the price for its previous issues and in-fighting.

Fitzgerald says reforms in the past five years have both the men’s and women’s game primed for a resurgence to an acceptable level in the world.

But there is one caveat – don’t expect another Laver-Hoad-Rosewall type era because it simply isn’t possible.

“There’s no simple fix to producing players ranked in the top 10 or top five in the world,” Fitzgerald said.

“There’s a throwaway line to say we should be competing with what we did in the sixties, and there’s some ignorance about that because it’s a different playing field – it’s a polar opposite playing field now.

“We’ve got over 130 nations playing Davis Cup every year.

“This is not a sport played in 10 countries. It’s arguably the second-biggest sport in the world after soccer and to compete at that level, you need to get all the organisational skills and development and processes in place to compete.

“It won’t happen overnight. But we’ve got a good group of juniors coming through now that are probably the best group we’ve had in 15 years.”

With a new president, new blood on the board and a new combination in Pat Rafter and Tony Roche running the Davis Cup team, Fitzgerald believes all in Australian tennis need to support the reforms made in the past five years.

“I’ve been critical of the processes before that time … we weren’t supported enough from the top down in the previous five years,” Fitzgerald said.

“I believe we’ve got in place now procedures and structures that give us a real good chance to develop players over a long period of time.”