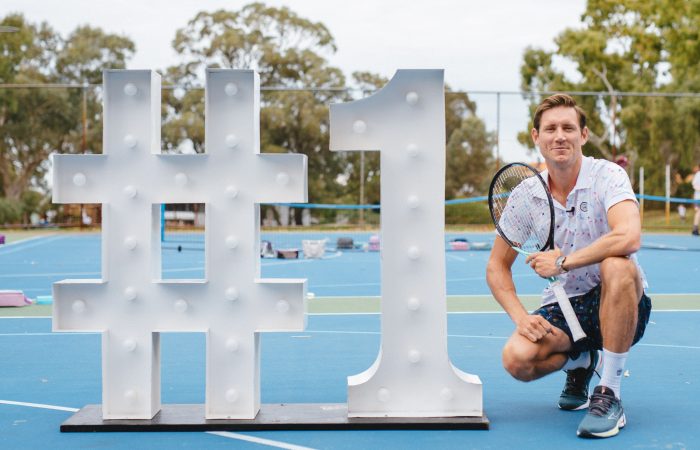 Wimbledon doubles champion and WA local Matt Ebden made a special visit to Holy Rosary Catholic Primary School in Doubleview yesterday to share his experience and inspire the next generation of players ahead of his return to the international tennis tour.

Selected students had the opportunity to hit with the two-time Grand Slam Doubles Champion on court before the rest of the school, from Pre-Primary students to Year 6s, joined Ebden at an assembly. With rapturous cheers from the students, Ebden spoke about his Wimbledon experience and how his tennis journey began at a young age as well as sharing his three key lessons: work hard, love what you do, and surround yourself with good people. 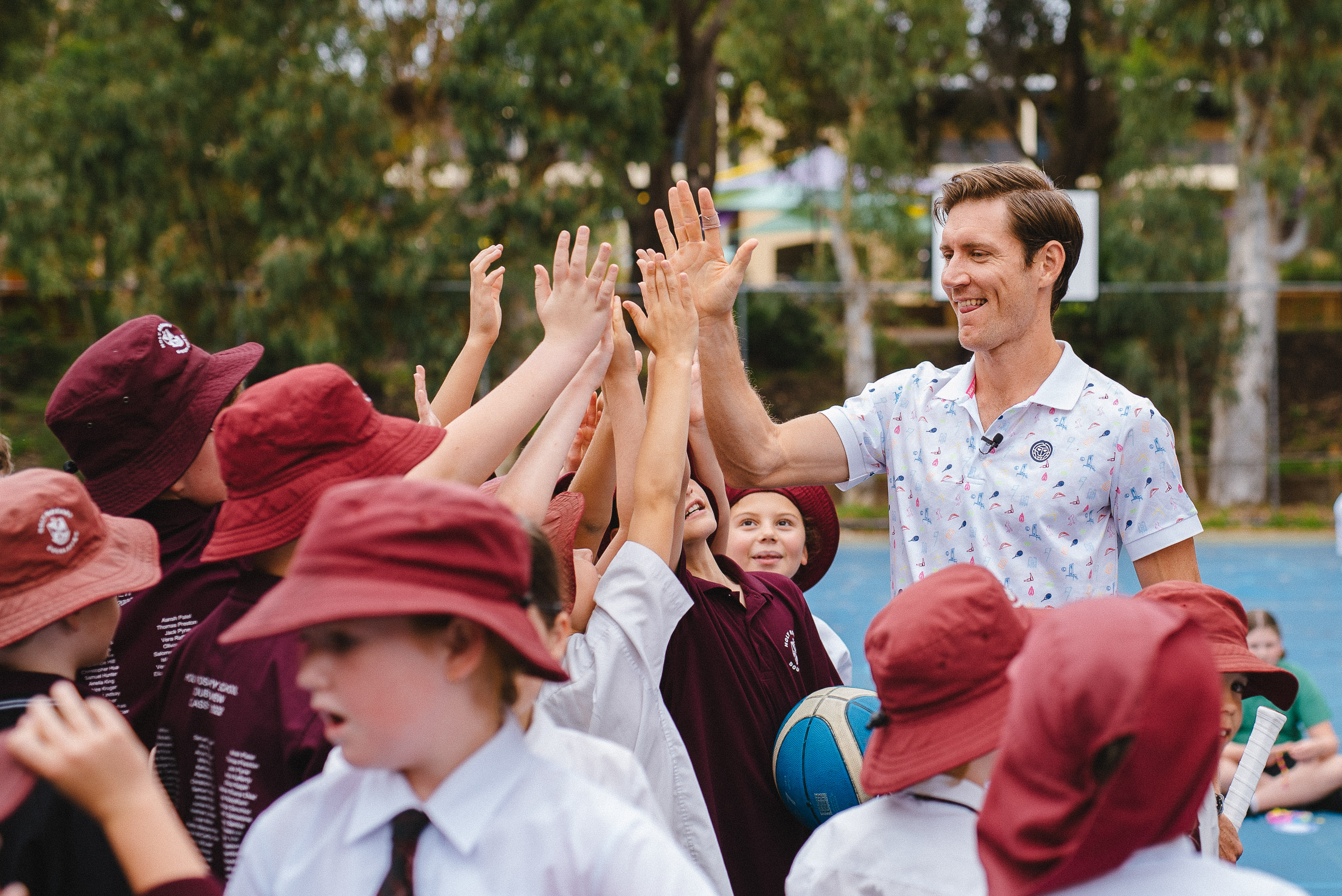 Passionate about ensuring kids across Australia are given the opportunity to give tennis a try, the two-time Grand Slam doubles champion, who partnered with compatriot Max Purcell to claim the Wimbledon title, is celebrating the win as tennis has been named as the number one delivered Sporting Schools program for a sixth consecutive year.

“Funded by the Australian Government, the Sporting Schools program is a fantastic initiative that provides kids right across Australia with the opportunity to pick up a racquet and give the sport a try,” Ebden said.

“Delivering tennis in schools is so important because it not only gets kids more active and trying something new, it also plays an important role in igniting a love of tennis among what stands to be Australia’s next generation of players and future champions of the sport.

“Winning Wimbledon with Max was an incredible experience and one I will treasure for life. I’m honoured by the opportunity to share my experiences and to help inspire the next generation of players. These kids are the future of our sport and I’m excited to show them what’s possible when you work hard and follow your dreams.”

“We also congratulate Heath Davidson, Ajla Tomljanovic, Alex de Minaur and Jason Kubler for their gallant efforts and tremendous results at Wimbledon, and all the Aussies who took to the courts in the qualifying, main draw and junior events.

“The success of our Aussies on the world stage continues to shine a bright light on the strength of tennis in Australia. To have tennis recognised as the number one sport for a sixth consecutive year is an incredible achievement and highlights the sports commitment to the growth of grassroots participation and to the development of the future champions of the game.

“In addition, the delivery of tennis in schools plays an important role in helping kids to be active whilst introducing them to a social sport they can play for life.

“Many of the kids are picking up a racquet for the very first time and our modified Tennis Hot Shots program, with smaller racquets and low compression balls, makes it easy to play from the very beginning, ensuring a positive first tennis experience which we hope will ultimately lead to continued participation for many years to come.”

Connecting local coaches with schools and students within their area, Sporting Schools programs provide a practical and fun introduction to tennis and a direct and tangible pathway for ongoing participation beyond the school yard.

The sustainability of the program and impacts on participation are strengthened with the delivery of fundamental tennis skills which foster on court confidence, enjoyment of the game and helps to establish a life-long connection to the sport. 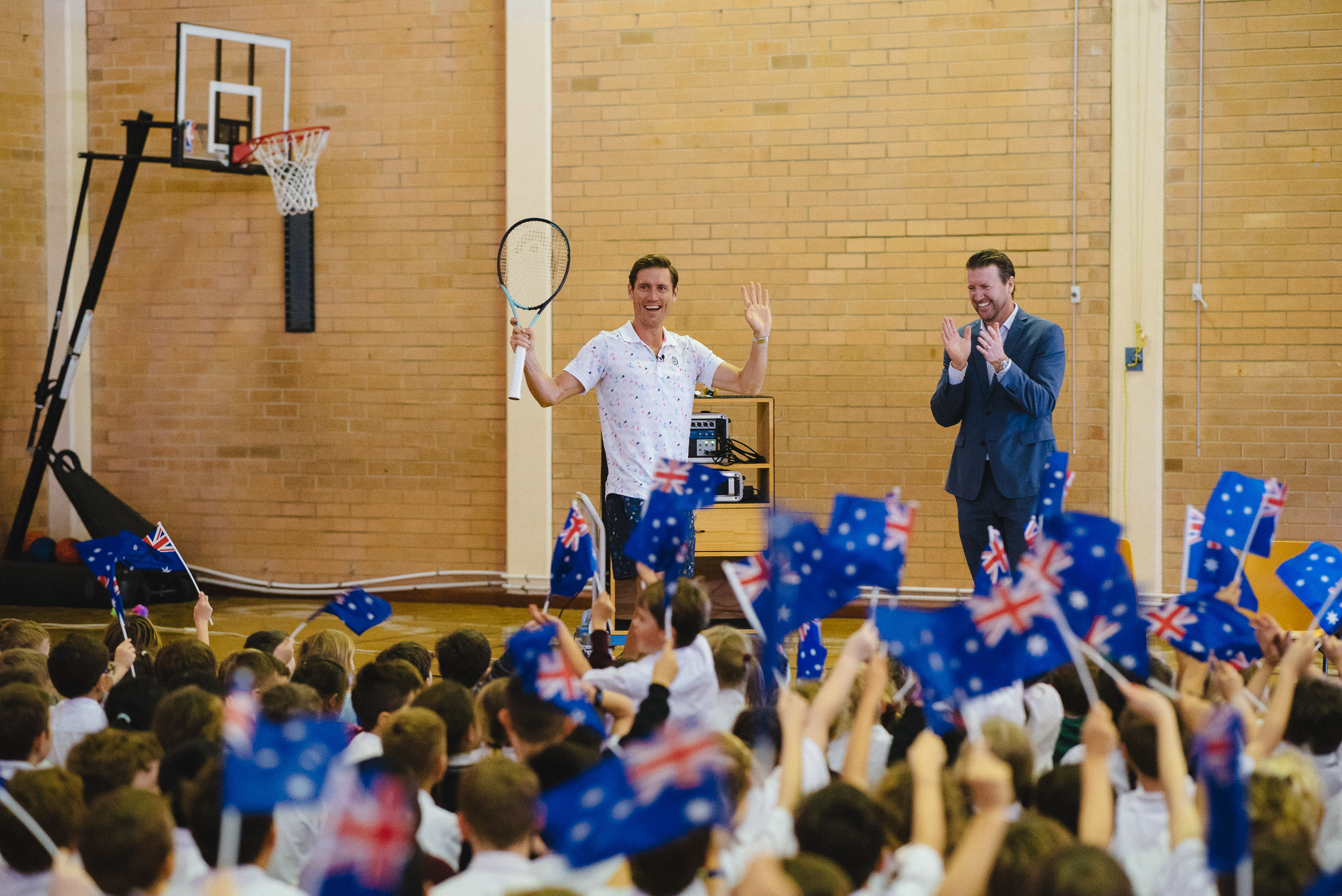 “Delivering tennis in schools is a fantastic opportunity for coaches around Australia to introduce the sport of tennis to students who might never have thought about picking up a racquet,” said Tennis Australia’s Head of Programs Rebecca McDonald.

“It’s also a tremendous opportunity for students to try a new sport in a safe environment, surrounded by peers who are at a similar development level.

“Given the chance to pick up a racquet, have some fun and learn fundamental skills sets the foundation for ongoing participation amongst a diverse base of students who without the Sporting Schools program may never have had the opportunity to try tennis.

“The flow on effect for continued participation is the connection with local coaches who offer accessible coaching programs and playing opportunities at clubs within their local communities.

“Sporting Schools is a key engagement piece for the sport of tennis and we’re proud to be industry leaders in this space.”