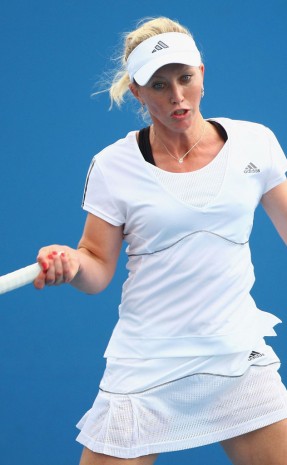 A graduate of the Australian Institute of Sport’s tennis program, Bryanne began playing tennis aged nine, representing Australia in junior competition from 1993 to 1997.

She reached the semifinal of the Wimbledon girls’ singles and won the Victorian Junior Championship in 1997. In 2005 she made it to the Wimbledon doubles semifinals with Sam Stosur.

During her career, she captured three WTA doubles titles and 11 ITF doubles titles. In July 2005 her doubles ranking peaked at No.16 and in April 2002 she reached a career-high singles ranking of No.135.

Bryanne Stewart Crabb in the news

To mark the 20th anniversary of Wimbledon 2000, we look back on a memorable tournament for Australian tennis.
Read more
read more articles