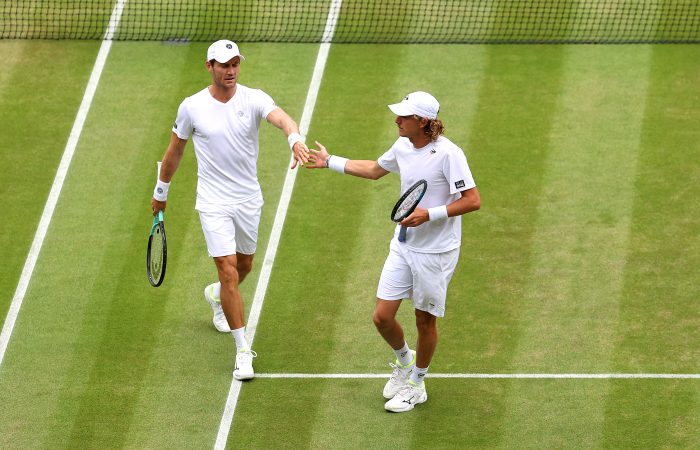 From the brink of defeat, Ebden and Purcell fought back to score a stunning win in a high-quality three-hour and 58-minute battle at No.1 Court.

It continues an incredible run for the No.14-seeded Aussie pair, who had never previously progressed beyond the third round at the All England Club. Ebden and Purcell saved three match points in their opening round and have now eliminated three seeded teams to reach the final.

This propels Ebden into his second career Grand Slam men’s doubles final and a third for 24-year-old Purcell. They reached the Australian Open final together earlier this season, where they also scored a semifinal victory against world No.1 Salisbury and world No.2 Ram.

Ebden and Purcell join esteemed company with their performance at the All England Club this fortnight, becoming the 23rd and 24th Australians to progress to a Wimbledon gentlemen’s doubles final in the Open era.

They are the first to reach this stage in seven years and the first all-Australian team to do so since Todd Woodbridge and Mark Woodforde captured their sixth title together in 2000.

Ebden and Purcell will face the defending champions, Croatians Nikola Mektic and Mate Pavic, in the final.

It is 34-year-old Ebden’s second final of the tournament, after recording a runners-up finish alongside fellow Aussie Sam Stosur in the mixed doubles competition.