Australian Alexei Popyrin is rebuilding his form and confidence after a challenging start to the season. 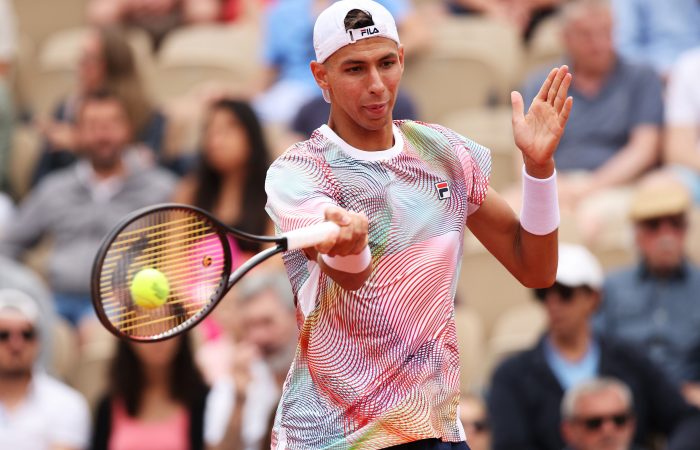 Alexei Popyrin has improved his ranking more than 40 places in the past two months.

After dipping to world No.127 in May, Popyrin has climbed back up to world No.83 after strong performances at ATP Challenger level.

Popyrin won a clay-court title in France on the eve of Roland Garros, then made back-to-back semifinals on British grass earlier this month.

“I’m slowly getting that match confidence back, getting a few matches under my belt, getting that ranking slowly rising up,” Popyrin said.

It is a welcome return to form for the 22-year-old Australian, who recorded only four wins from his first 17 matches this season.

“I think at the start of the year I did put a lot of pressure on myself to defend the points that I’d made (during a career-best 2021 season),” said the 196-centimetre talent.

“That was probably my biggest priority and my only thought when I was stepping out on court, was to win matches and to defend the points. It wasn’t really to play my own game or to really play the player or the opponent.”

Popyrin is determined not to make that mistake in his third Wimbledon campaign, where he faces world No.66 Hugo Gaston in the opening round. It will be his first career meeting against the 21-year-old Frenchman.

“I’m performing much better than I did on the grass than I did last year. So that’s a big plus for me and I try to take as many pluses as I can,” said Popyrin, whose best Wimbledon result is a second-round appearance in 2019.

“I’m just looking forward to going out there and playing at Wimbledon.”