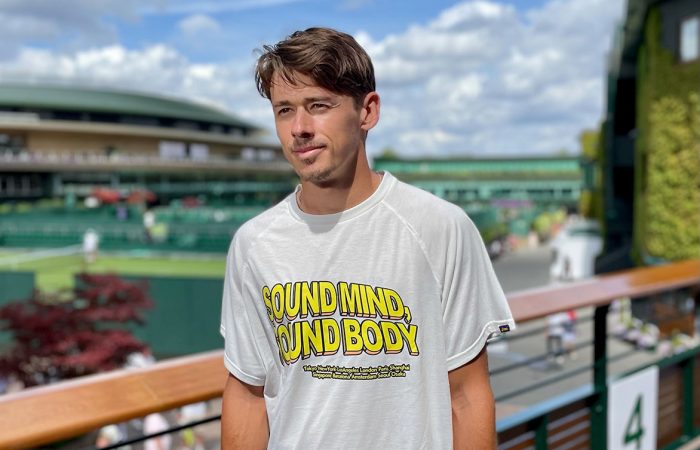 Encouraged by their grass-court form, Alex de Minaur and Jordan Thompson are excited to take to the court for first-round singles matches at Wimbledon today.

De Minaur fine-tuned his preparations with a semifinal run at Eastbourne last week.

“I’m always I feel like a very critical person on myself, so would have always liked to do a little bit better but you know what? I’m feeling probably a bit more refreshed than I did last year, so that’s a positive,” said the top-ranked Australian.

“I played some good tennis … I fought well, I was happy with probably my performance mentally. So that was a big thing for me. I got a couple of good matches. I’m playing at a high level.”

De Minaur is the No.19 seed this fortnight and begins his fourth Wimbledon campaign against world No.80 Hugo Dellien of Bolivia.

“Hopefully I can execute my game plan and worry about my side of the court,” said De Minaur.

“If I can come out and play the tennis that I know I can, then hopefully I can put in a good performance and that’s all I can kind of ask of myself.”

After a first-round loss at the All England Club last year, De Minaur has extra motivation to extend his stay in 2022.

Thompson has recorded 11 grass-court wins over the past month, with a highlight winning nine consecutive matches to make back-to-back ATP Challenger finals.

“(I’m) pretty happy with how it’s been going,” said Thompson ahead of his sixth Wimbledon campaign.

“(It was) a little bit of a rough start to the year and I turned it around straight away on the grass and won that tournament in Surbiton, final in Nottingham.

“I’m happy with how many matches I’ve played and hopefully I can play a couple more good ones.”

“I always feel comfortable on the grass,” said the world No.76-ranked Australian, who advanced to the third round at Wimbledon last year. “I feel like I move quite well on it. Stay quite low. My shots are probably more suited to grass than clay.

“But there are no easy matches here. I’ll have my work cut out.”