Australian players John Millman and Thanasi Kokkinakis are both in action on day one at Wimbledon 2022. 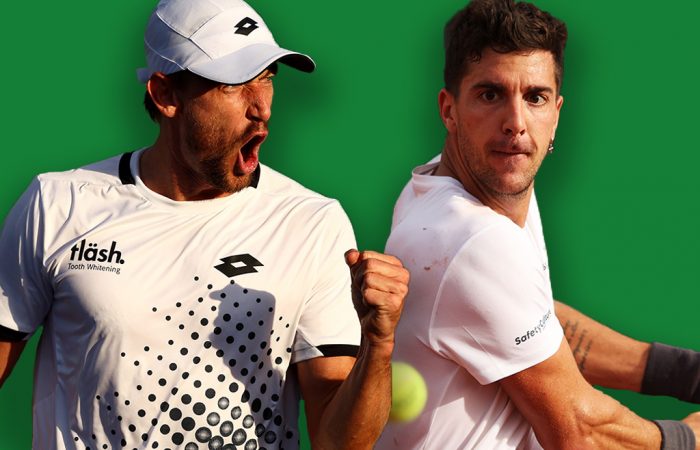 Australians John Millman and Thanasi Kokkinakis are excited to be back at Wimbledon.

“I think Wimbledon is just one of those special places,” Millman said. “It’s hallowed turf for us tennis players.”

World No.85 Millman is making his seventh main draw appearance at the All England Club and faces No.25 seed Miomir Kecmanovic of Serbia in the opening round today.

“He’s a really good player, on the up. He’s got raw power,” said the 33-year-old from Brisbane. “He can create and generate so much power from anywhere on the court.

“And he’s a good bloke, he’s actually one of my good mates on the tour. I’m looking forward to it, it’s going to be a big test.”

Kokkinakis is making his third main draw appearance at Wimbledon – and first since 2017.

The world No.79 has been struggling with hip and knee soreness in recent weeks, but declared he is ready for a first-round clash with Poland’s Kamil Majchrzak.

“I’ve definitely prepared better for Slams, I’m not going to lie but yeah, I think come match day I’ll be good to go and give it a crack,” Kokkinakis said.

The 26-year-old from Adelaide could potentially face top seed and three-time defending champion Novak Djokovic in the second round – but is not looking further ahead than today’s meeting with world No.91 Majchrzak.

“If I did get an opportunity (to play Djokovic), I’d definitely love it,” Kokkinakis said.

“(But) I’m not taking anyone lightly. Kamil is a good player. He hits it really flat, really good backhand, good on grass. So it’s going to be tricky match.”