Jason Kubler was among three Australian winners on day one of the Wimbledon 2022 qualifying competition. 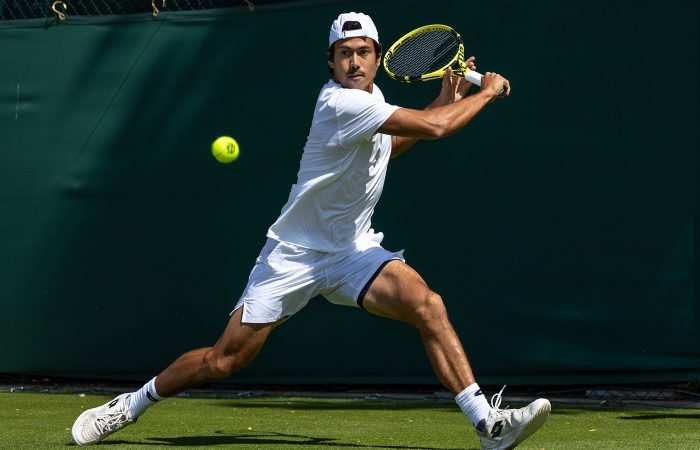 Three Australians have progressed to the second round in the Wimbledon 2022 gentlemen’s qualifying singles competition.

Second-seeded Jason Kubler survived an early test, overcoming Turkey’s Cem Ilkel 3-6 7-5 6-2 in his first-round match at Roehampton. The world No.98 struck 34 winners in the two-hour and eight-minute encounter.

Rinky Hijikata also made a winning debut, posting a 7-5 6-3 victory against world No.169-ranked Frenchman Geoffrey Blancaneaux. It is the 21-year-old’s first career win against a top-200 opponent on grass.

Unfortunately Andrew Harris’ qualifying quest is over however, after losing his opening-round match against France’s Antoine Hoang in straight sets.

The Wimbledon 2022 ladies’ qualifying singles competition begins in London later today, with play from 8pm AEST. There are 11 Australians competing in the event.