Australia's Heath Davidson is through to the quad wheelchair doubles final at Roland Garros. 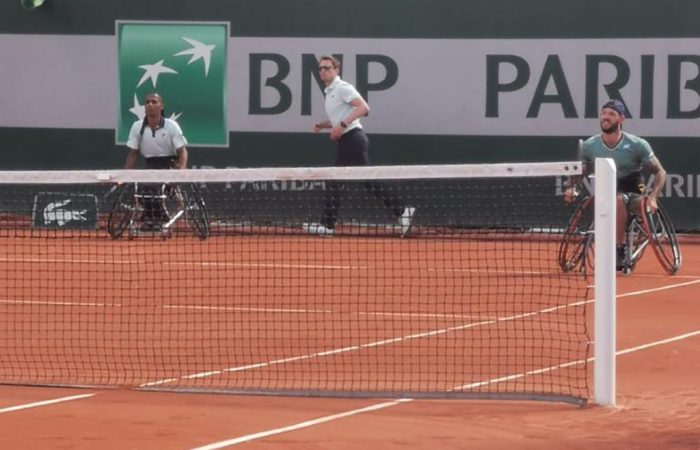 Heath Davidson has made a dream debut at Roland Garros.

The 35-year-old Australian combined with Brazil’s Ymanitu Silva to record a hard-fought 1-6 6-4 [10-8] semifinal victory against the No.2 seeds and defending champions Brit Andy Lapthorne and American David Wagner in the quad wheelchair doubles competition.

The victory propels Davidson, a four-time Australian Open doubles champion, into his seventh career Grand Slam doubles final. He has previously contested all of these alongside now-retired compatriot Dylan Alcott.

In other day 11 action, John Peers and Canadian Gabriela Dabrowski were eliminated in the mixed doubles semifinals.

World No.15 Peers had been aiming to become only the seventh Aussie man to contest a Roland Garros mixed doubles final in the Open era. However, second seeds Wesley Koolhof of the Netherlands and Japan’s Ena Shibahara proved too strong in their semifinal showdown, scoring a 6-3 6-4 victory.

Taylah Preston’s winning run in the girls’ singles competition also ended in the third round, beaten by Slovak Nikola Daubnerova in straight sets.

These results mean Davidson is the last Australian competing in Paris.

World No.6 Davidson will feature in singles action on day 12, taking on Japan’s Koji Sugeno in the quarterfinals.

Although 40-year-old Sugeno leads their head-to-head record 8-6, Davidson has won their three most recent meetings. This is their first career meeting on clay.