John Peers is among three Australian players scheduled to compete on day 10 at Roland Garros 2022. 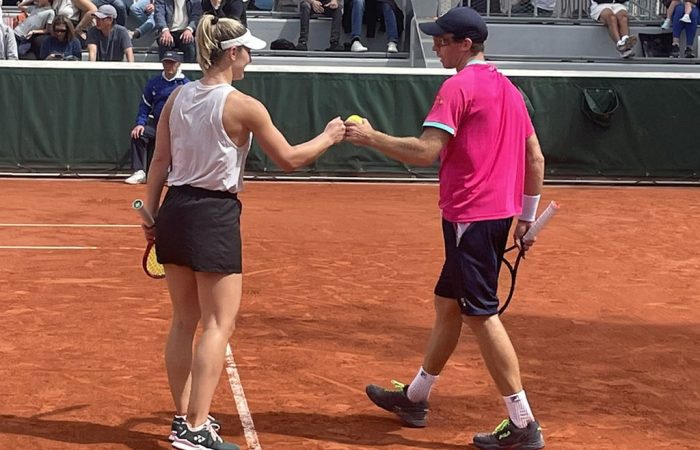 Australian John Peers has matched his career-best result in a Roland Garros mixed doubles competition, advancing to the quarterfinals for a third time.

The world No.15 and Canadian partner Gabriela Dabrowski are now hoping to progress to the semifinals on day 10 in Paris.

The third-seeded duo, who are yet to lose a set this tournament, face Ecuador’s Gonzalo Escobar and Czech Lucie Hradecka in the quarterfinals.

Peers is one of three Australians scheduled to compete on day 10, alongside Jeremy Jin in the boys’ singles and former world No.1 doubles player Rennae Stubbs in the legend’s competition.

[3] John Peers (AUS)/Gabriela Dabrowski (CAN) v Gonzalo Escobar (ECA)/Lucie Hradecka (CZE)
Mixed doubles, quarterfinals, Court Simonne-Mathieu, fifth match (not before 1am AEST)
The 33-year-old Peers has advanced to his ninth career Grand Slam mixed doubles quarterfinal. Roland Garros is the only major tournament where he is yet to reach a semifinal. Standing in his way of achieving this feat is world No.47 Escobar and world No.17 Hradecka, Australian Open 2022 semifinalists who eliminated the No.5 seeds in their previous round.

Jeremy Jin (AUS) v [7] Kilian Feldbausch (SUI)
Boys’ singles, second round, Court 9, third match
Jin, a 17-year-old from New South Wales, is through to the second round in his Roland Garros debut. The world No.49 now faces one of the world’s top-ranked juniors. Feldbausch, a 16-year-old from Switzerland, was an Australian Open 2022 boys’ singles semifinalist and is ranked No.7.