Australians Daria Saville and Chris O'Connell will compete in the singles main draw at Roland Garros 2022. 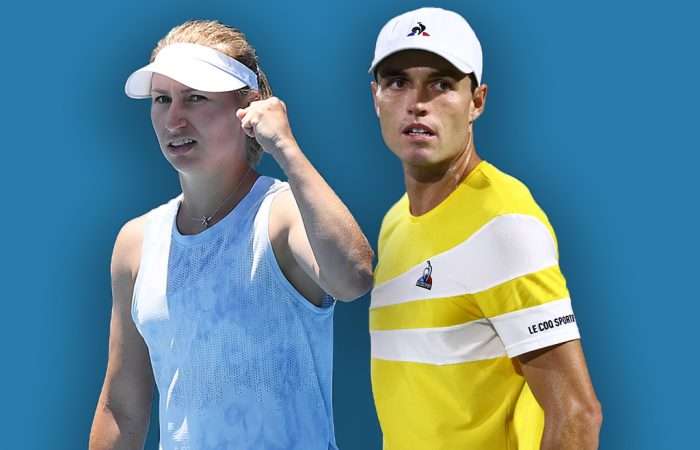 Daria Saville and Chris O’Connell have been awarded main draw wildcards into Roland Garros, beginning in Paris on Sunday 22 May.

Saville, a former world No.20, is on the comeback trail from plantar fasciitis and Achilles surgery. She has risen an incredible 500 ranking spots already this year, moving from No.627 in February to a current ranking at No.132.

Saville says she is eager to return to the prestigious clay courts of Paris for the first time in two years.

“It means so much to get a wildcard and to have ongoing support from Tennis Australia. I really am going to make sure that I make the most of this wildcard.”

France holds a lot of memories for Saville and her tennis career so far.

“It’s (Roland Garros) one of my favourite tournaments. I did really well when I was a junior here (making the 2009 girls’ singles final), so I have a lot of memories,” she said.

“I trained at Mouratoglou Academy a few years ago, so I feel like France is pretty close to my heart. It was my home for a few years, so I’m really excited to be playing here.

“I love being in Europe, I love the clay. I’m really enjoying being back on the tour, I’ve missed it so much.”

O’Connell joins six other Australians in the men’s singles draw at Roland Garros.

The world No.125 has been awarded a wildcard after winning an ATP Challenger on clay in Split, Croatia in April and reaching the third round at Australian Open 2022, where he scored a straight-sets win over world No.13 Diego Schwartzman in the second round.

The 27-year-old Sydneysider says he is really looking forward to competing in Paris.

“I’m very excited and grateful Tennis Australia has given me the opportunity to compete in the main draw once again,” O’Connell said.

“This wildcard means I now don’t need to go through the physical and mental rigours of qualifying, which I experienced at Wimbledon last year.

“I’ve been playing well on the clay over the past month and hope to continue that form heading into Roland Garros.”

The Sydneysider will travel to Switzerland to compete at an ATP 250 event in Geneva before travelling to France.

Qualifying begins next Monday 16 May.