John Millman claims a three-set win over former world No.3 Dominic Thiem to progress to the second round of the Serbia Open. 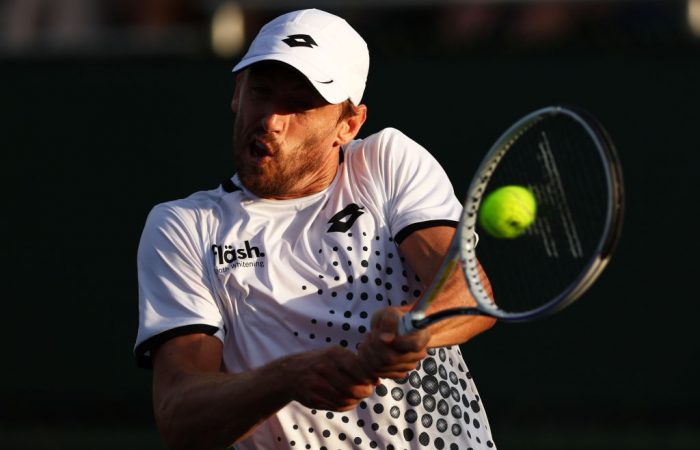 John Millman has claimed a big-name win at the Serbia Open in Belgrade, defeating former world No.3 Dominic Thiem in three sets.

In a typically tenacious performance, the Queenslander required two hours and 35 minutes to record his 6-3 3-6 6-4 victory.

While Thiem is a Grand Slam champion – as the winner of the 2020 US Open – and a former top-three player, a gracious Millman was also quick to note the Austrian is returning from injury.

“I was looking forward to coming back and play. All credit to Domi. I can’t claim it was one of my biggest wins because he is just coming back from injury and I know how hard that is, coming back from three surgeries myself,” said Millman of Thiem, who was contesting his first ATP-level tournament since June 2021.

“I know it has been tough for Domi but the game is better having him back. Especially on this surface. I have got to take this win because when he gets better and fitter, it is going to be tough.”

Victory for Millman sets up a second-round clash with Serbian local Miomir Kecmanovic.

In other Australian results overnight, Jordan Thompson exited to Marton Fucsovics in the first round of  the Barcelona Open.

Alex de Minaur – who, as No.10 seed, receives a first-round bye – faces Frenchman Ugo Humbert in the second round of the ATP 500 clay-court tournament.