Matthew Ebden and Max Purcell are celebrating their first doubles title as a team, becoming the first all-Australian pair in 26 years to lift the Houston trophy. 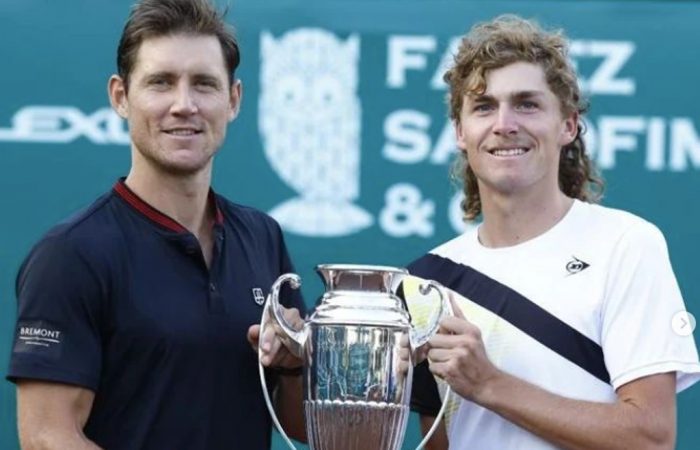 Matthew Ebden and Max Purcell are celebrating their first title as a team, after combining to claim the US Men’s Clay-Court Championship in Houston.

The Australian duo defeated Serbian brothers Ivan and Matej Sabanov 6-3 6-3 in the final,  marking their fourth straight sets win at the tournament.

Seeded No.1 in Houston, Ebden and Purcell took an hour and 13 minutes to secure their victory.

They are the first Australian pair to win the Houston doubles title since Pat Cash and Patrick Rafter combined to lift the trophy in 1996.

It was a fifth doubles title for the 34-year-old Ebden, while 24-year-old Purcell claimed his first on the doubles tour.

“I had so much fun during the week. We were pretty clinical,” said Ebden. “I feel lucky to say that but we were able to get through in straight sets in all our matches, pretty rare in this shootout format.

“We’re super happy, super excited. We came to Houston early, we put in a lot of training days, got really used to the courts and conditions and really enjoyed our time here. I think that paid off in the end. To get the title, we’re really happy with that.”

It continues a season of the highs for the Australian pair, who were runners-up to Thanasi Kokkinakis and Nick Kyrgios in the Australian Open 2022 doubles tournament.

Ebden is also a new father, following the birth of his baby son Harvey in February.

The big-serving American, Houston’s No.3 seed, fired  18 aces in his 71-minute victory. Opelka faces John Isner in the title match.