Australian wildcard Nick Kyrgios is through to his sixth career ATP Masters 1000 quarterfinal and first in more than four years. 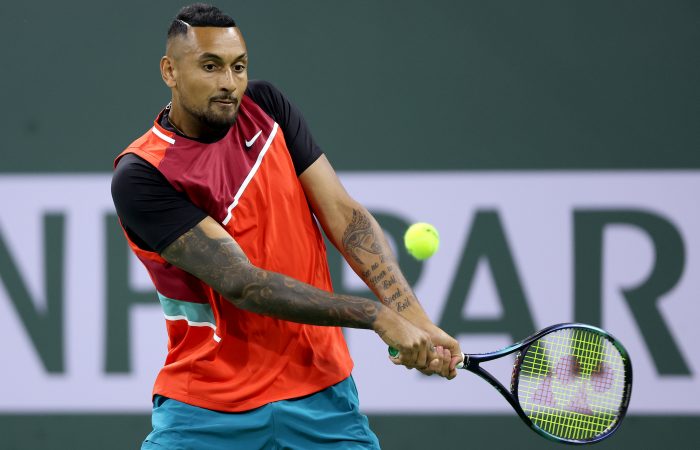 Nick Kyrgios has continued his thrilling run at Indian Wells without even needing to take to the court today.

The Australian wildcard advanced to the quarterfinals via a walkover, with No.10 seed Jannik Sinner unable to compete in their scheduled fourth-round match due to illness.

This matches Kyrgios’ career-best result in the Californian desert, having also reached the quarterfinal stage in 2017.

It also marks the 26-year-old’s best run at ATP Masters 1000 level since progressing to the Cincinnati final in August 2017.

Currently ranked No.132, this effort is projected to put Kyrgios on the cusp of a return to the world’s top 100.

World No.4 Rafael Nadal awaits in the quarterfinals, with the Australian Open 2022 champion recording his 18th consecutive win of the season against big-serving American Reilly Opelka in the fourth round  today.

Alex de Minaur’s hopes of progressing to a first ATP Masters 1000 singles quarterfinal, however, have been dashed.

World No.20 Taylor Fritz recorded a hard-fought 3-6 6-4 7-6(5) victory against the 23-year-old Australian in their fourth-round showdown today.