Australian wildcard Nick Kyrgios has upset world No.8 Casper Ruud of Norway in the third round at Indian Wells. 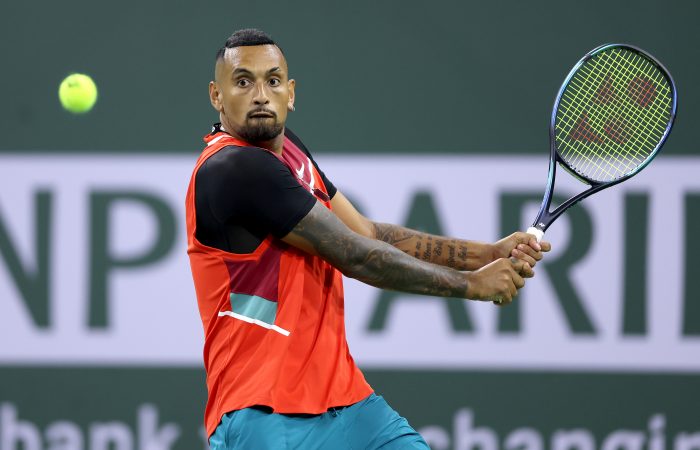 Nick Kyrgios has continued his impressive run at Indian Wells, eliminating world No.8 Casper Ruud in the third round.

Kyrgios powered to victory in 76 minutes, firing seven aces and not facing a break point in the 6-4 6-4 triumph.

Kyrgios books a spot in the fourth round at #IndianWells, taking down No.8 seed Casper Ruud.

The victory propels the world No.132 into a fourth-round showdown with world No.10 Jannik Sinner.

Kyrgios is aiming to advance to the quarterfinals for the second time in the Californian desert, having previously reached that stage in 2017.

Earlier today, Daria Saville booked her spot in the fourth round in the women’s singles competition. The Aussie qualifier posted a hard-fought 6-3 4-6 6-3 victory against No.20 seed Elise Mertens.