Kubler and Fourlis: “We have nothing to lose” 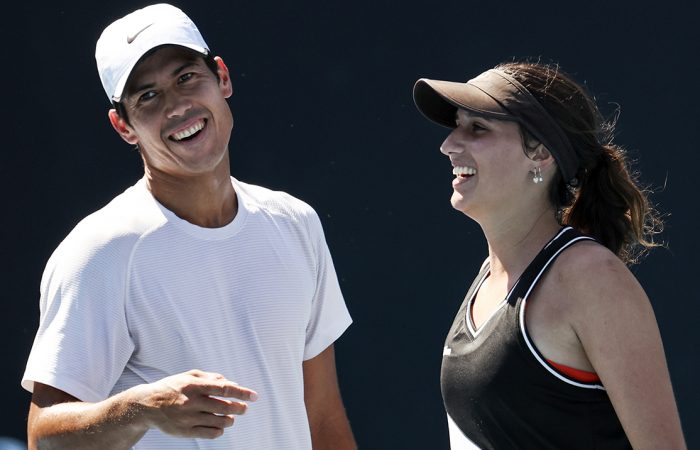 When Jaimee Fourlis reached out to fellow Aussie Jason Kubler to ask if he’d be interested in teaming up for mixed doubles at Australian Open 2022, his initial reaction was surprise.

“I messaged Jason and his response was ‘I’m sorry, but I’m not very good at doubles’,” Fourlis related.

But the duo have proved that is far from the case, sensationally winning four matches to advance to their first Grand Slam final.

Neither player had won a Grand Slam mixed doubles match before this tournament, but are now one win away from claiming their first major title.

Adding to the feel-good nature of their remarkable run, both have overcome serious injury setbacks to reach this stage.

The 22-year-old Fourlis underwent shoulder surgery in 2020, halting her early progress that included reaching the Australian Open singles second round as a 17-year-old wildcard in 2017.

The 28-year-old Kubler was once the world’s top-ranked junior. However, a chronic knee injury prevented the Brisbane talent from competing on hard courts for several years and left him contemplating early retirement.

Fourlis, who is currently ranked No.204 in doubles, and Kubler, the world No.585, are now proving the value in persistence.

The fearless duo have saved match points in three of their matches so far (two in the first round, four in the second round and one in the semifinals).

They have defeated some quality opponents too. This includes current world No.1 Mate Pavic, as well as former world No.1s Sam Stosur and Sania Mirza.

In total, their opponents across their four matches so far this tournament have won a combined 26 Grand Slam doubles titles.

Fifth seeds Kristina Mladenovic of France and Ivan Dodig of Croatia now await in the final.

The 28-year-old Mladenovic is a former world No.1 in doubles and a seven-time Grand Slam doubles champion. This includes the Australian Open 2014 mixed doubles title.

The 37-year-old Dodig is the world No.13, a five-time Grand Slam doubles champion and contesting his second Australian Open mixed doubles final (he finished as runner-up in 2017).

“(It) doesn’t get any easier. Gosh, we have nothing to lose. We have made it this far. We have all our friends and family in the crowd. (This whole experience) couldn’t have been any better.”