Getting to know: Aleksandar Vukic

Aleksandar Vukic, who arrives at AO 2022 after a first ATP quarterfinal appearance in Adelaide, tells us about his tennis journey so far. 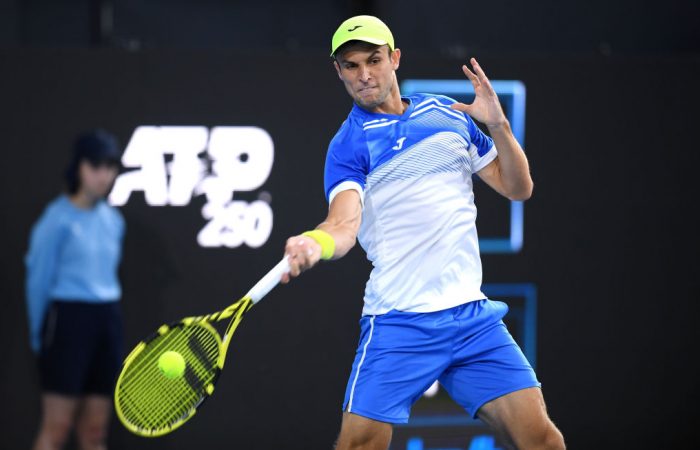 Aleksandar Vukic made his Grand Slam debut at Roland Garros 2020, after earning entry as a qualifier. He pushed then-world No.20 Karen Khachanov to four sets at Australian Open 2021 and after a first ATP quarterfinal appearance at the Adelaide International 2, he launches a second Australian Open campaign in career-best form. The big-serving 25-year-old talked to tennis.com.au about his journey so far, and the life lessons he’s learned from tennis.

I was four or five years old, and my brother was playing and he is six years older than me. I think I was just picking up balls for him and I thought the game was pretty cool, so I started at a young age.

Who has been the biggest influence in your career?

Probably my parents. They came from a war-torn country at the time (parents Rad and Ljiljana, as well as older brother Vlad, moved to Australia from Montenegro in the early 1990s) and they created a life here so I’m very lucky because of that.

Who were your idols as a young player?

I never really had one in particular. I always loved  (Novak) Djokovic and (Rafael) Nadal and the way they competed with each other, but never one standout idol.

Did you have any idols outside tennis?

I love basketball so probably LeBron James, I think he’s the definition of an athlete. He’s just a machine.

What’s the best piece of advice you ever received?

Don’t live in the short-term and always move on from the past. You play a lot so you lose a lot and it can snowball. The key is to not dwell on it and be positive because we don’t have long careers as athletes, so you just move on.

How would you describe your strengths as a player?

I’d say my serve and my forehand.

if you could steal any stroke from another player, what it be?

With my game, give me Djokovic’s return and I’d be pretty happy.

Do you have any tennis superstitions?

I try not because everything changes so often, and so many things can go wrong so it wouldn’t help.

If you weren’t a professional tennis player, what would you be?

What’s the most memorable place that tennis has taken you?

Paris stands out, but also some unexpected places like Kazakhstan and China.

Relax, hang out with mates and play X-Box.

And finally, how does tennis make you a better person?

Because we get to travel so much, we see everything and we see how everyone lives, and I think it makes us appreciate how we live here.