Australian Alex de Minaur is eyeing a strong run at his home Grand Slam, where he faces Italian teen Lorenzo Musetti in the opening round. 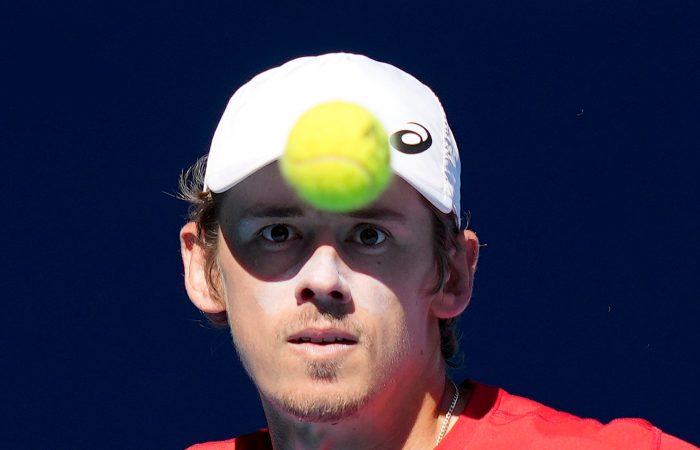 As his nation’s top-ranked man, Alex de Minaur can’t wait to step out on court at this year’s Australian Open.

The world No.34 is keen to put a challenging 2021 season behind him and continue the impressive form he produced at the ATP Cup earlier this month.

The 22-year-old Australian heroically recorded his first top-10 win in two years at the teams event in Sydney, beating world No.7 Matteo Berrettini in straight sets. He then staged a steely comeback to defeat world No.35 Ugo Humbert.

“It was very important,” De Minaur said of his strong start to 2022. “It’s no secret that last year I had a little bit of a slump after COVID. Didn’t have the results I wanted to. Confidence-wise I was a bit low.”

De Minaur had started the 2021 season promisingly, claiming two ATP titles and achieving a career-high ranking of world No.15 in June. However, he only won five matches after Wimbledon and subsequently recorded his lowest year-end position in four years.

Feeling refreshed and motivated after a productive off-season, De Minaur is embracing “only positive vibes going into 2022”.

“I felt as soon as I was able to kind of put that year behind me, I was able to really turn a corner both mentality-wise and kind of confidence-wise,” De Minaur said.

“It’s just great to see the hard work paying off at the ATP Cup, coming out and playing some great tennis against quality opponents, starting off my Aussie summer very well.

De Minaur has spent the past week preparing at Melbourne Park and is ready to begin his fifth Australian Open campaign.

“As of right now, the only thing I’ve got to focus on is chasing a tennis ball around the court, which at times can be difficult enough,” said De Minaur.

De Minaur has twice reached the Australian Open third round, including at last year’s tournament.

“It’s always the goal to go deeper and deeper, keep achieving more goals. But like any other year, I’m taking it very slowly, step by step, trying to focus on myself,” he said.

“I know my level’s there, so it’s just about stepping out on court and showing that.”

The No.32 seed faces rising Italian Lorenzo Musetti in the opening round on Tuesday. The 19-year-old made the Roland Garros fourth round on debut last season and is currently ranked No.60.

“It’s going to be a tough match. He’s a quality young guy, a lot of weapons,” De Minaur noted.

“I’ve got to try and focus on my side of the court and do everything I’ve been doing as of late. Hopefully I can come out and play some good tennis.”