The last remaining Australian contenders at the Melbourne Summer Set were eliminated in semifinal action today. 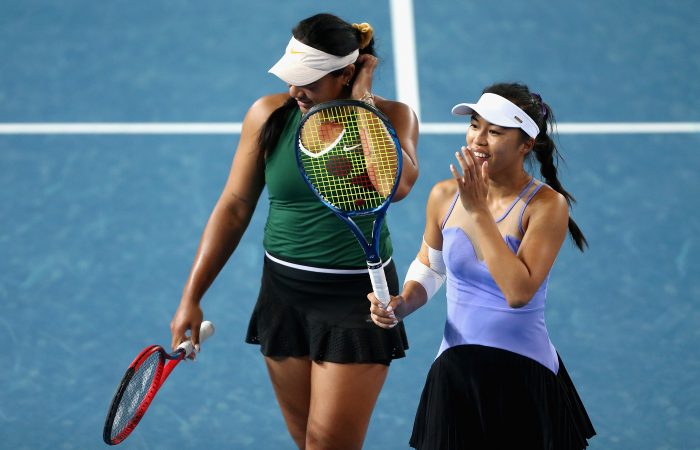 It was 21-year-old Aiava’s first WTA semifinal appearance, while 24-year-old Cabrera was contesting her fourth career WTA-level semifinal and first in more than three years.

However, the experienced Italian duo Sara Errani and Jasmine Paolini spoiled their dream of advancing to the final.

Errani, a former world No.1-ranked doubles player and a two-time Australian Open champion, and Paolini scored a 6-2 6-4 victory in their semifinal clash.

Sam Stosur and Zhang Shuai have also been beaten in the Melbourne Summer Set doubles semifinals.

The US Open 2021 champions had their chances – but only managed to convert one of their six break points in the 89-minute encounter.

Stosur and Zhang now turn their attention to the Sydney Tennis Classic, their final lead-in tournament ahead of the Australian Open later this month.