Melbourne Summer Set over for Popyrin

After a three-set battle, Alexei Popyrin bows out in the second round of the Melbourne Summer Set. 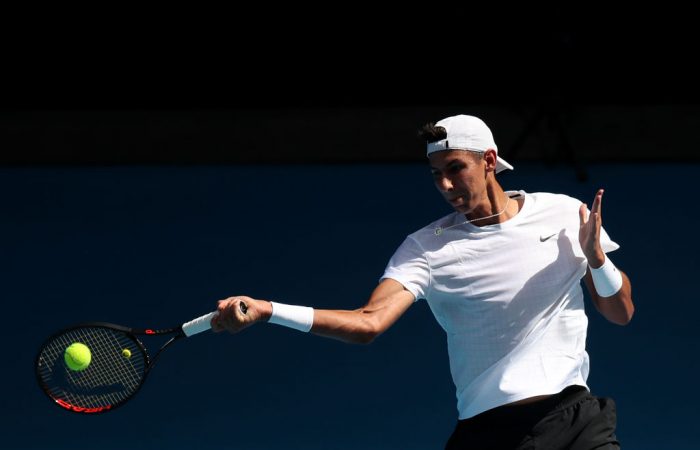 Australia’s Alexei Popyrin has exited in the second round of the Melbourne Summer Set, losing a seesawing contest to Dutchman Tallon Griekspoor.

Popyrin had defeated Italian Stefano Travaglia in the opening round, and with nearly three-and-a-half hours on court this week, he appears to be progressing well towards the Australian Open.

Popyrin was dangerous but wayward in the opening set, firing down six aces but also throwing in five double faults. He struck 11 winners to Griekspoor’s seven but also produced 11 unforced errors, compared to just two from his opponent.

Griekspoor took advantage of some of those errors on big points, breaking serve in the third and ninth games of the set to claim it 6-3, producing.

Popyrin channelled his aggression more effectively in the second set, painting the lines with regularity and holding serve with ease.

He dropped just two points on serve in his opening four service games of the set, having lost 17 in the first.

He claimed break point with a terrific backhand winner down the line, confirming the momentum had swung the way of the Australian.

Having looked impenetrable on serve throughout the second set, Popyrin found himself at 15-40 when serving for it at 5-4. But he held his nerve, rattling off four points in a row to level the contest.

In the third set, Griekspoor converted the only break point opportunity after Popyrin had game points at 1-2.

The world No.65 closed the game out confidently, dropping only three points on serve from that point on.

Popyrin peaked at world No.61 in 2021 and will be keen to build on his pleasing Australian Open record, which has seen him win five matches at the event in the last three years.